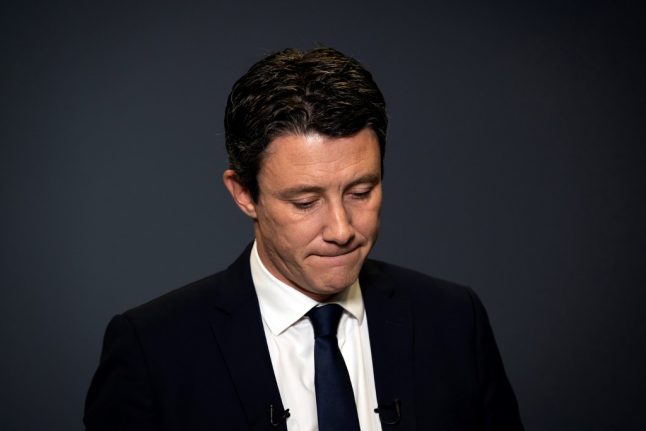 Benjamin Griveaux stepped out of the race to become Paris' next mayor on Friday. Photo: AFP

When Macron's close aide and party colleague Benjamin Griveaux announced that he was pulling out of the race to become the next mayor of Paris, shortly video and images of him in a sexual situation surfaced online, the condemnations were swift.

But not condemning married father-of-three Griveaux – condemning those who published the intimate video.

And it wasn't just his colleagues – even people known to dislike Griveaux leapt to his defense.

“Frankly I find reactions to the Griveaux affair shocking,” tweeted Taha Bouhafs, a French journalist and activist known as a stout opponent of LREM.

“I despise Griveaux politically, but his private life must stay private.”

A rare cross-political agreement seemed to echo all the way from the left to the right. This kind of “Americanisation” of the French public sphere was unwanted.

Public and private life have traditionally been separated in France.

“The French press used to be a gatekeeper to keep these stories from leaking,” said Elodie Fabre, a French lecturer of politics at Queen’s University of Belfast. Jacques Chirac was rumoured to be somewhat of a ladies' man during his political career. Photo: AFP

For many years, French newsrooms operated with the unwritten rule that a politician cheating on his wife was not news, but gossip.

“We all knew that the presidents of the Republic lived hectic, adventurous lives. But we didn't talk about it,” said Jean Garrigues, a French historian specialising in political history.

Former president Francois Mitterrand did not successfully hide a lovechild from the public for years because he miraculously fooled the media, but because the media chose not to report it.

When rumours had it that former president Jacques Chirac repeatedly cheated on his wife, the press treated them like just that – rumours.

Even today, some of this attitude persists.

The video of Griveaux was leaked by the Russian performance artist Piotr Pavlenski, previously best known for nailing his scrotum to Red Square.

He had initially offered the compromising footage to French news site Mediapart, which declined to publish because of the “sacred principle of the absolute respect of private life.”

The videos, Mediapart wrote, did not reveal anything relevant to Griveaux's politics.

But the rise of Twitter, Facebook and other social media platforms have crushed the French media's gatekeeper power.

“Everyone has a phone today,” Fabre said.

“The idea that a president could keep his daughter secret from the country is just impossible.”

Did this mark the end of the era when French politicians could have love affairs without it interfering with their careers?

Griveaux is not the first French politician to fall foul of these new mores.

Former president François Hollande was exposed while still in office having an affair with French actress Julie Gayet. The foreign press relished more in the story the domestic media, but it was still widely reported in France, complete with pictures of the president on his scooter on the way to his trysts.

The sleazy revelations of former IMF chief Dominique Strauss-Khan's private life were also widely reported, albeit that many of them were criminal allegations rather than mere gossip. President Francois Hollande was caught cheating on his partner, but that was not what led to his downfall the next election. Photo: AFP

In addition to making it harder to keep secrets from the public, social media has revealed something new about French culture.

“It shows that the French aren't that perfect. They are just as interested in this kind of gossip as everyone else,” Fabre said.

She did however believe the French press would cover the story differently than the papers in her new home country, the UK, would have.

“This is the kind of thing the tabloid press here would love,” she said.

“Private matters like these have nothing to do with politics. They should not take part in the democratic debate,” he said.

“This is the first time a prominent politician has had such an intimate moment exposed like this for everyone to see.”

“It's a slippery slope.”

But Fabre said it was legitimate to question public officials' morals.

“Griveaux has campaigned a lot for family matters. Some would say that his actions show a hypocrisy,” she said.

So is it open season on French politicians from now on?

Not quite. Griveaux's lawyer said on Friday afternoon that they would most likely press charges against the person who had published the video.

Spreading intimate images without the consent from the person featuring in them is forbidden in France, punishable with up to two years in prison and €60,000 fine.