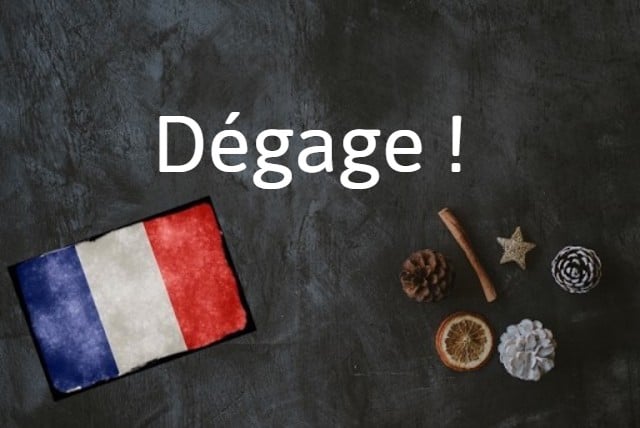 Why do I need to know dégage?

We hope you won’t need it much, but if you want to tell someone to get lost, this is a winner.

It can have other meanings depending on the context, however we’re talking specifically about the interjection version of the verb – dégage! – that French people use when they’re annoyed with someone and want them to leave.

Mostly, it's used when someone is pretty serious about wanting another person to leave.

A teenage girl might use it to get her little brother out of the room:

An older woman might use it to chase away someone who is giving her unwanted attention on the street:

Other ways of translating it are 'beat it', 'scram' and 'piss off'.

Being a rich language, French has many different ways of telling someone to bugger off (read them as though they were accompanied by an exclamation point):

Partez – leave (polite version, or if you're talking to several people)

Allez vous faire foutre! (funnily enough, you can be polite while telling someone to se faire foutre)