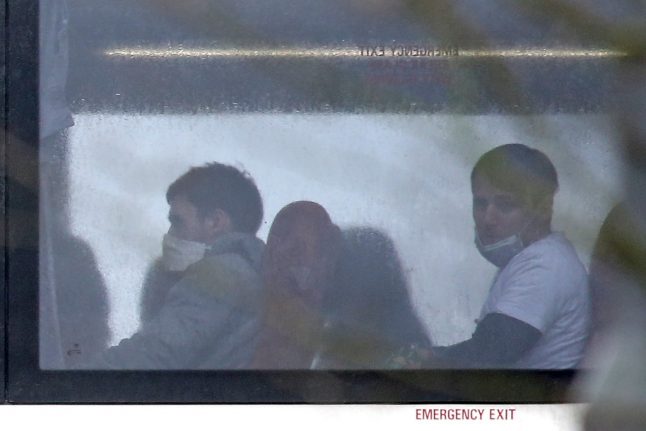 The chartered civilian aircraft left the capital of central Hubei province and arrived at the Brize Norton airbase in Oxfordshire, southern England.

Medics and Foreign Office officials were on board to provide support if necessary.

“Our final flight from Wuhan took off at 3:20am (1920 GMT Saturday) with over 200 passengers on board, including our staff who have facilitated the flight and medics,” a Foreign Office spokeswoman said.

“Alongside British nationals, there are other nationalities on board.”

French Health Minister Agnes Buzyn said Friday that 38 French citizens were among the European nationals on the flight.

A total of 13 staff and medics were also on board.

Passengers were being taken by coach to a hotel and conference centre in Milton Keynes, northwest of London, where they will be quarantined for 14 days.

Buzyn announced on Saturday that five new cases of the coronavirus have been confirmed on French soil, thought to have been brought in by a British national who spent time in Singapore in January.

Britain has advised all its 30,000 nationals in China to leave.

Some 83 British citizens returned from Wuhan on a UK government-chartered flight to Brize Norton on January 31.

They were then sent into two weeks' isolation at a medical facility in northwest England.

READ MORE: How to survive a coronavirus quarantine, French style The death toll from the novel coronavirus surged past 800 in mainland China on Sunday, overtaking global fatalities in the 2002-03 SARS epidemic, even as the World Health Organization said the outbreak appeared to be stabilising.

With 89 more people dying — most in Hubei — the toll is now higher than the 774 killed worldwide by Severe Acute Respiratory Syndrome, according to official figures.