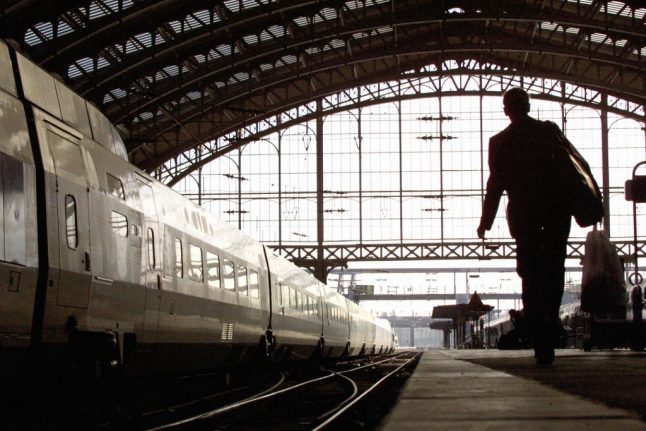 The man was Imran Aliev, 44, originally from Russia's restive northern Caucasus region of Chechnya but who had lived for the last few years in Belgium.

He had gained a following as a video blogger at times critical of the Chechen leadership under its strongman ruler Ramzan Kadyrov.

Suspicion immediately emerged that the killing was a political assassination and could be the latest in a series of suspected moves against troublesome figures living in exile in Europe critical of the Kremlin or Russia's regional leaders.

Sources close to the investigation told AFP in Lille that the murder bore the hallmarks of having a political motive.

But caution has also been urged due to the lack of clear evidence so far and the complexity of Aliev himself, who was prone to unpredictable and vulgar outbursts on his YouTube and Facebook video channels, where he went by the pseudonym of Mansur Stariy.

Aliev had arrived in Lille from neighbouring Belgium on the night of January 29 to January 30 along with another man who was also travelling on a Russian passport. They both checked into a room in a hotel in the square in front of the Lille-Flandres train station.

The emergency services entered the room around 1030 GMT on January 30 and discovered Aliev's body. The source close to the investigation said that the crime scene was marked by extreme savagery and Aliev had 100 stab wounds. A knife was found in the room. A prominent exiled Chechen blogger based in Europe who goes by the name of Tumso Abdurakhmanov swiftly wrote on his Telegram channel he believed the killer had flown to Spain from Russia, then moved on to Berlin, before going to Belgium by train on January 20.

The men then spent a week in Belgium before travelling together with Aliev to Lille, where he allegedly murdered his companion.

Abdurakhmanov claimed that the man, whom he even identified by name, then returned to Russia and is now safely back in Chechnya.

Aliev's video blogs, usually in Chechen language rather than Russian, were marked by strong diatribes against Kadyrov who stands accused by rights groups of using a personal militia to attack opponents.

But according to the Caucasian Knot Russian-language news site, Aliev's comments were often vulgar, expletive-ridden and also inconsistent. In one video, rather than criticising Kadyrov he had even sworn an oath of allegiance to him.

According to the source close to the investigation, Aliev had obtained the status of a political refugee in Belgium at the end of 2012 after making a second request for asylum — a first request in 2011 had not succeeded.

Refugee status was granted to all his family, including his wife. He has several children born between 2002 and 2008.

The source said that Aliev has the profile of a figure who is violent and aggressive.

Nonetheless, he was never the subject of a criminal conviction in Belgium, although he did spend several months in prison in 2015 for making threats and carrying a banned weapon, another source close to the investigation said.

Lille police are carrying out the investigation and no arrest has been made yet.

The murder “bears all the characteristics of having a political motivation” but “it is wise to be prudent”, said a source close to the investigation. “Many people could have wanted him,” added another source.

Attention on the case in Lille has been magnified by a row between Germany and Russia over the killing of the former Chechen rebel commander in a Berlin park in late 2019.

Zelimkhan Khangoshvili, a 40-year-old Georgian national, was shot twice in the head at close range in Kleiner Tiergarten park on August 23, allegedly by a Russian man who was arrested shortly afterwards.

President Vladimir Putin has vowed to help Germany with the investigation but has described Khangoshvili as a “fighter, very cruel and bloody” who had taken part in separatist activities and also been involved in blasts on the Moscow metro.