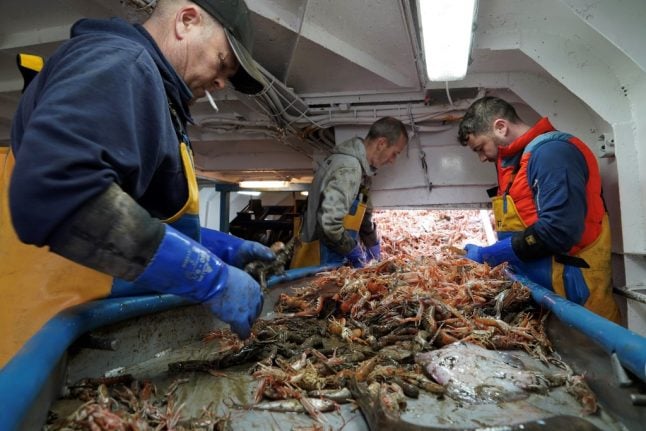 Guernsey, like the other Channel Islands off France's northern coast, is a self-governing dependency of the British crown but is not part of the UK and was never part of the EU.

The fate of French fishermen in Guernsey waters was linked to Brexit, however, as their operation was governed by a treaty called the Convention of London which expired with Britain's EU membership.

France and Guernsey had agreed that access would remain open throughout a Brexit transition period that ends in December, though the island government decided to replace the treaty with a new licencing scheme, pending which fishing was suspended.

On Friday, the government of Guernsey in a statement “confirms that the first authorisations have been issued to allow continued access… for French fishing vessels during the 2020 Brexit transition period.”

It said a new system was now in place “for issuing individual authorisation to French vessels wishing to continue fishing” in Guernsey waters in 2020 “on a provisional basis.”

Herve Morin, a senior official from France's northern Normandy region, welcomed progress made and said the two authorities will “obviously continue to study the development of (their) future partnership”.

Dimitri Rogoff, chairman of the Normandy Regional Fisheries Committee, has said about fifty boats from Normandy and more than 100 from neighbouring Brittany are “more or less dependent” on the waters of Guernsey — a few hundred individuals in total.

Fishermen of eight EU members are heavily dependent on British waters, including France which relies on them for 30 percent of its seafood turnover.

The EU's chief negotiator Michel Barnier has identified fishing as one of the EU's top two priorities in negotiations with Britain on future trade ties, even as Prime Minister Boris Johnson has vowed to reclaim “full control” of British fishing waters.