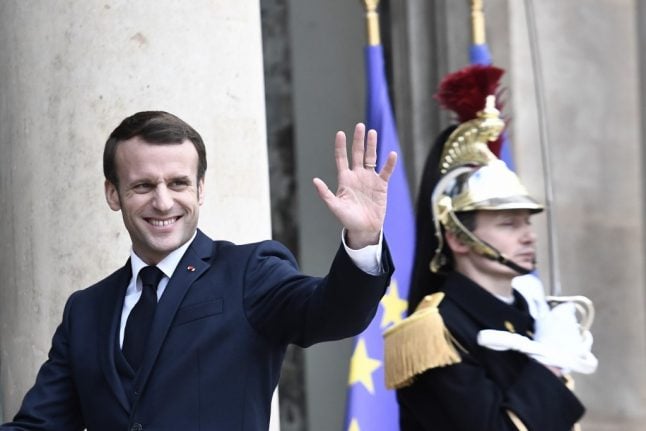 President Emmanuel Macron, in an address to military officers graduating in Paris, is expected to recommit to upgrading France's capacity, at a time when NATO allies, who would ordinarily look to the United States in a nuclear standoff, worry about Washington's retreat from the multilateral stage.

On Monday, Macron said his speech, eagerly anticipated in military circles, would address the interests of other European countries.

“I will focus on the doctrine (of French deterrence), but also on the procedures and modalities that I wish to propose on this topic to our partners in the coming months,” he said on a visit to Warsaw.

Deterrence theory postulates that countries with nuclear weapons are less likely to attack each other for fear of mutual destruction, meaning the arms serve as guarantors of peace.

France considers nuclear deterrence a keystone of its defence strategy and the ultimate guarantee of its most vital interests.

Macron has already agreed to a costly modernisation of France's atomic arsenal, arguing in January 2018 that “deterrence is part of our history, part of our defence strategy, and will remain so.”

An act of parliament provides for about €37 billion to be spent on the maintenance and modernisation of the French nuclear arsenal from 2019 to 2025 – some 12.5 percent of the total defence budget for these seven years.

Macron's address Friday comes at a time of high global anxiety, marked by rising tension between military powers, a proliferation of regional security crises and the breakdown of international arms control.

Russia and the US last year withdrew from the Soviet-era Intermediate Range Nuclear Forces (INF) treaty, and blamed one another for its demise.

That deal was seen as a cornerstone of global security and its end sparked fears of a new arms race.

Washington has also since threatened not to renew the New START treaty with Russia, the last key nuclear deal between the former Cold War foes.

The treaty, which expires this month, obliged both sides to halve their number of strategic nuclear missile launchers and establish a new verification regime.

There had been several French attempts at dialogue with European partners on the topic, he said, “that have never succeeded”.

However, “the balance is shifting, including in countries such as Germany” where public opinion is deeply anti-nuclear and the subject remains largely taboo, but “where we see emerging positions on the level of European strategic ambition that must grow,” Brustlein said.

Just Monday, a senior member of Chancellor Angela Merkel's CDU party pleaded for the EU to create its own nuclear deterrence capability.

Germany should “consider cooperation with France regarding nuclear weapons,” Johann Wadephul said in an interview with the Tagesspiegel daily, and “should be prepared to participate in the nuclear deterrent force with its own capabilities and means.”

For analyst Bruno Tertrais of the FRS research institute, writing in The Washington Quarterly, while the discussions were unlikely to lead to a “European Bomb” in the near future, “a persistent feeling of insecurity and uncertainty vis-a-vis the future of the US security guarantee is likely to foster a new debate among interested European countries on nuclear deterrence.”