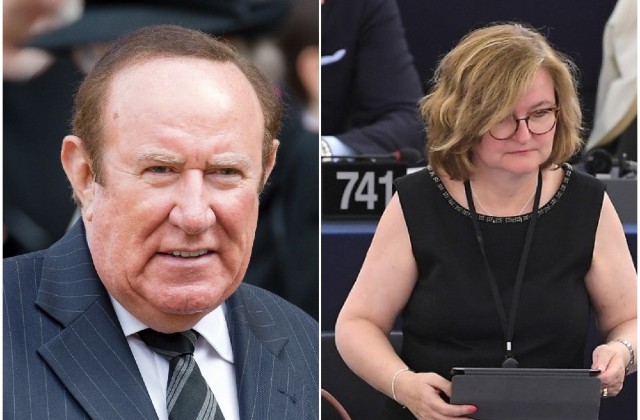 The politician – who was previously France's Europe minister before she moved to the European Parliament in May 2019 – was appearing on Andrew Neil's BBC show to talk about Brexit.

But during the interview she made the surprising statement: “I'm surprised that a journalist doesn't know that there are no strikes any more in France.”

Could the EU afford no deal?

She was responding to Andrew Neil's assertion that: “France is rocked by strikes and unrest.”

The comments have caused quite a stir, but were either of them actually correct?

Let's take a look at what is going in in France right now.

The strikes both of them were referring to were a coordinated union action called in protest at plans by the French government to reform the country's pension system.

Among the proposals put forward by Emmanuel Macron's government was an idea to restrict 'special regime' pensions that allow people in certain sectors to retire early – in some cases as early as 55 – and to impose a 'pivot age' of 64 at which people would get a full pension, rather than the current legal pension age of 62.

READ ALSO What are France's 'special regime' pensions and why are people striking to protect them? The 'special regime' pensions tend to be concentrated in the public sector and unions representing transport workers called for mass strike action from December 5th.

Thousands downed tools and walked out and for the fist few weeks of December public transport was badly disrupted – with very few trains running and Paris public transport coming to a virtual standstill.

From the beginning the disruption was heavily concentrated on the capital, people outside Paris who didn't need to catch a train could have been forgiven for not even noticing there was a strike.

The strikes continued over Christmas, but the effects became less severe as time went on. French workers are not paid during strikes and after several weeks with no wage packet, many simply could not take the financial pressure any longer and returned to work.

On Monday, January 20th Unsa – the largest union among Paris Metro drivers – called off its strike and returned to work, but by that time so many individual strikers had already gone back that services on both the country's trains and in the capital were nearly back to normal.

The following week the dancers and singers at the Paris Opera announced that they too would go back to work.

Since mid January transport services have been running largely as normal and unions have instead been concentrating on smaller, one-off protests.

There have been regular marches and demonstrations in Paris and some of the other big cities – Thursday saw another march in Paris – but the turnout on these has been hugely reduced since the beginning of December.

Some of the protest marches have seen violence – largely from small groups of black-clad hooligans who turn up at the end – and police have reacted with tear gas. A recent demonstration from French firefighters descended into brawls between firefighters and riot police.

VIDEO Why are French firefighters and riot police in violent fistfights? Some protests have ended in violence, particularly in Paris. Photo: AFP

The CGT – the most hardline of the French unions – has vowed that it will not back down and has been staging actions including a blockade of ports and local electricity blackouts, but the effects have not been widely felt.

Currently in Paris a blockade of the city's three main rubbish depots has lead to uncollected waste piling up on the streets in some central areas of the city.

Four unions – the CGT, Force ouvrière, FSU and Solidaires – are still staging protests and strike actions, but for most people the day-to-day impact is very limited.

It's highly likely that there will be more to come in the next few weeks, particularly from the more hardline unions.

Other unions, including the country's largest the CFDT, are taking part in three months of talks with the government aimed at finding a compromise to the most controversial aspect of the reforms, the idea that people who retire at 62 will get a smaller pension than those who retire at 64.

The country's Prime Minister Edouard Philippe has said he is happy to scrap this idea if unions can come up with a workable alternative that will balance the books.

So are the strikes over? Not quite. But it's also far from the case that France is 'rocked by unrest'.

In fact it's rather pleasant over here.