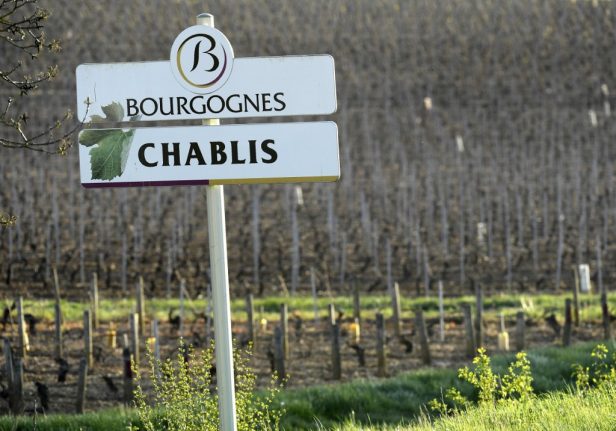 The guardians of France's AOC wine certification system on Thursday reneged on a threat to strip the acclaimed white Chablis wines of the prestigious Burgundy label, after the plan provoked an uproar among winemakers.

READ ALSO: 'A crime against history' – Why Burgundy winegrowers are up in arms

An AOC or Protected Designation of Origin is a certification granted to wines, cheeses and other agricultural products from a specific “terroir” — a mix of geography and growing conditions that ensures a distinctive taste.

The Burgundy AOC encompasses dozens of smaller AOCs, including Chablis, but a proposal to redraw the boundaries of the Burgundy wine-growing region would have left it out in the cold.

While proposing to cut out Chablis, France's National Institute of Origin and Quality (INAO) had proposed bringing low-cost Beaujolais tipples under the Burgundy umbrella, rubbing salt into the wound for Chablis producers.

The INAO had argued that many Chablis houses had effectively given up the Burgundy AOC by failing to use it for years.

But in the face of the protests triggered by the proposal, the INAO backed down on Thursday.

“I will not be the president who takes Chablis out of Burgundy,” INAO president Christian Paly said after a rally by hundreds of winegrowers outside the organisation's headquarters near Paris.

But Paly did not rule out allowing some Beaujolais producers to label their beverages as Burgundy wines.

Some 31 million bottles of Chablis, valued at more than 240 million euros ($265 million), are produced each year, with two-thirds sold outside France.