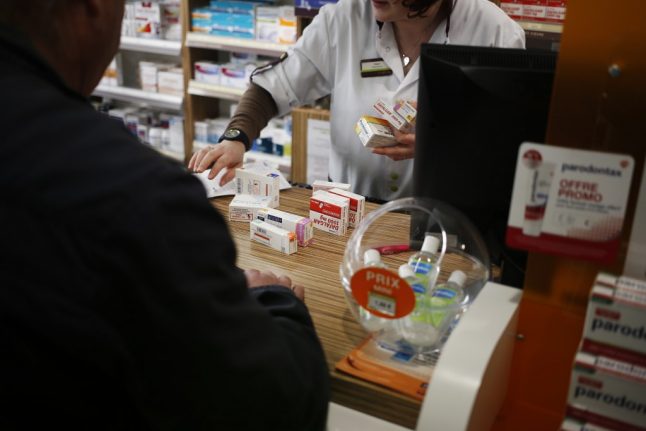 France's currently closed-off pharmaceutical industry could soon be opened up to outsiders thanks to a new bill that proposes a loosening of the rules regulating e-commerce of non-prescription drugs.

The bill, reviewed by the French government on Wednesday, has sparked anger among French pharmacists who fear it could have disastrous consequences for their currently highly protected profession.

No. Online sale of non-prescription drugs is legal in France, but it is strictly regulated.

Non-prescription drugs can be sold online only if the stock is visibly advertised as belonging to a pharmacy. Independent online platforms, like Amazon, are not allowed to take part in this sale.

READ MORE: Are the French falling out of love with their pharmacies?

What will the bill change?

The bill, called Asap (Accélération simplification de l'action publique), would loosen up the rules regulating online sale of non-prescription drugs for online platforms that are not directly linked to pharmacies.

Pharmacist’s union USPO has said it fears this would “clear the way for an ‘uberisation” of the profession.

“This is the kind of marketisation that we have always been fighting,” union leader Gilles Bonnefond told French newspaper Le Parisien.

“If Amazon wanted to [when the bill is passed], they could launch themselves into non-prescription drug sales.”

Amazon entered the US market one year ago with its brand Amazon Pharmacy. The government defended the new bill, saying loosening the regulations was “necessary to develop online sale [of non-prescription drugs], especially in urban zones,” according to Le Parisien.

Health Minister Agnès Buzyn tried to reassure pharmacists by saying that the platforms taking part in the sale would be controlled professionals in the industry.

“We don’t want platforms to sell drugs like they sell books,” she told BFMTV on Wednesday morning.

Compared to other countries, France's pharmaceutical industry is tightly regulated.

In a recent development, pharmacies may only sell painkillers from behind the counter, a measure put in place so that customers must ask if they want to purchase paracetamol, ibuprofen and the like.

French health regulator ANSM pushed for the move in order to stem the over-use of the drugs and the associated health risks. Over-use of paracetamol for example can use damage to the liver.

To Bonnefond from USPO, tightening the rules and then opening up for a slackened online sale did not make sense.

“They just limited the sale of Doliprane and other ibuprofen, and now they want to open up for online sale!”