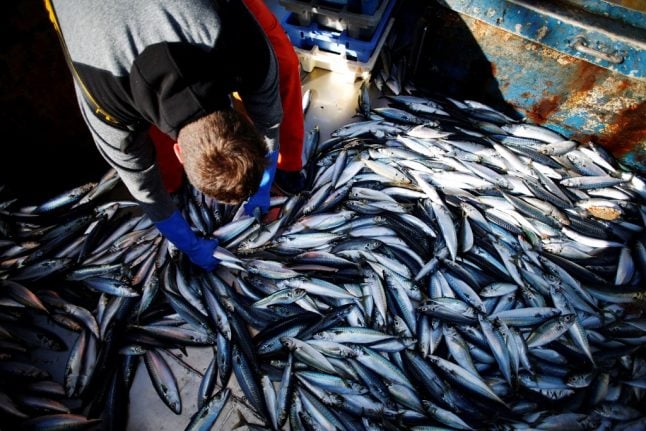 France's minister for Europe, Amelie de Montchalin, said on Tuesday they should be able to return to the zone by the end of the week, when bureaucratic measures should be in place to give effect to political agreements on how to share the Guernsey waters.

On Saturday, hours after Brexit, the French government announced that Guernsey authorities had “temporarily suspended” access to the island's waters by French vessels.

“We have a diplomatic agreement. We received a formal letter from Her Majesty (the Queen),” De Montchalin told AFP on a visit to a fishmonger industry near Caen in Normandy in northern France.

“We have a political agreement… Now we are in implementation.”

Guernsey, like the other Channel Islands off France's northern coast, is a self-governing dependency of the British crown but is not part of the UK and was never part of the EU.

According to France's agriculture ministry, the fate of French fishermen in Guernsey waters was governed by a treaty called the Convention of London, which expired with Britain's EU membership.

France and Guernsey had agreed that access would remain open until the end of the year, though the island government decided that, to replace the treaty, it would introduce a new licencing scheme.

The procedure to apply for a licence has yet to be put in place, pending which fishing was temporarily suspended.

The European Commission, added the minister, “has pre-validated a list of boats” that will continue fishing in Guernsey and “we have an agreement with Guernsey that they do not collect any money, that it be without costs,” she said.

The EU's chief negotiator Michel Barnier has identified fishing as one of the EU's top two priorities in negotiations with Britain on future trade ties, even as Prime Minister Boris Johnson has vowed to reclaim “full control” of British fishing waters.

The topic is urgent for certain countries, notably France, where fish and seafood caught in UK waters account 30 percent of sales for fishermen.

De Montchalin said that on Monday, in Brussels, “I alerted the commissioners that this subject is not symbolic, that it is key for confidence in future negotiations.”

For the fishers themselves, it was important “that we do not create a precedent in restricting a small area in the middle of the English Channel for diplomatic reasons,” she said.

According to the chairman of the Normandy Regional Fisheries Committee, Dimitri Rogoff, about fifty boats from Normandy and more than 100 from Britany are “more or less dependent” on the waters of Guernsey – a few hundred individuals in total.