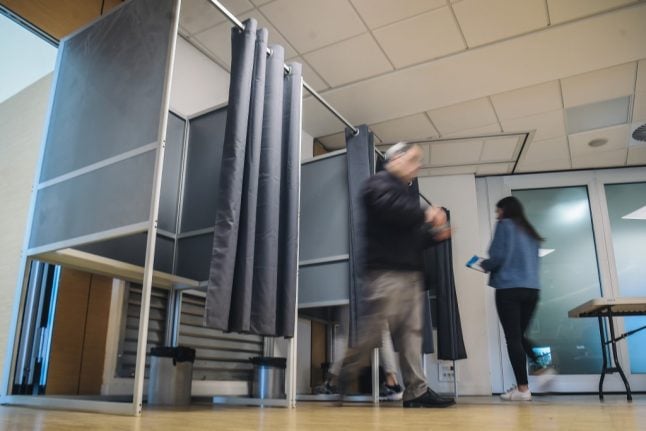 Will you be able to vote in March? Photos: AFP

The UK has now officially left the EU, but as we now enter a transition period most British people will see few changes in their day-to-day lives for the next 11 months.

But while work, travel, healthcare and residency all continue pretty much as normal until at least December 31st, 2020 there is one thing that changes straight away – voting.

READ ALSO What does the Brexit transition period mean and what should I do now? As of February 1st, British people are no longer EU citizens and as such lose their rights to vote in certain circumstances.

British people who have their normal residence in France, but who do not have French citizenship, do not have the right to vote in presidential elections.

But as EU citizens they have until now had the right to vote in European elections and municipal elections.

The next round of municipal elections are in March and these are when the French select their local officials – from high-profile and highly funded positions like the Mayor of Paris to the mayors and local councillors in small villages.

But as British people are no longer EU citizens they will not have the right to vote this March.

British people are also no longer allowed to stand for office, which means that the several hundred British people currently serving as local councillors will have to step down in March.

Unlike France, which gives its citizens the right to vote for life regardless of where they live, and even has special MPs who represent French people living outside France, the UK limits to voting rights of its citizens who live abroad.

After 15 years living outside the UK, British people lose their right to vote in UK elections, so people who have lived in France for more than 15 years will be left with no voting rights at all.

The only way to get back on the electoral roll in France is to acquire French citizenship.

READ ALSO Brexit: Am I eligible for French citizenship?

On the plus side, France has no restrictions on naturalised French citizens running for office so if you do take French citizenship you could then run for the presidency.

In 2012 Norwegian-born Eva Joly ran for the French presidency as the Green party candidate. She didn't win but France has had a foreign-born Prime Minister – Manuel Valls was born in Barcelona but grew up in France and served as the country's Prime Minister between 2014 and 2016.