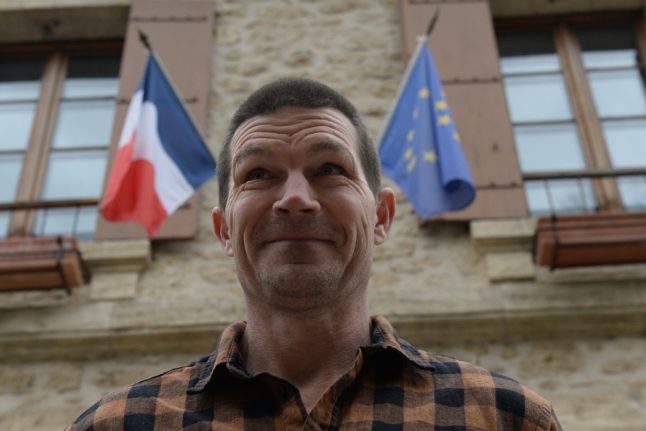 So it came as quite a shock to the 48-year-old British carpenter and father of four, who serves on his local council in southwest France, to learn that his post-Brexit application for French citizenship had been rejected.

More than 33,000 people have signed an online petition asking French authorities to reconsider their “cruel and absurd” decision to deny Lawrence a French passport on the grounds that he does not earn enough — without
specifying any required amount.

“My home is here,” he told AFP. “In my head, I was French. Now it's as if I've lost my place. I'm neither English, nor French,” he said at a cafe in Plazac, where everyone seems to know him.

It was here, a village of 700 people in the heart of the Dordogne region, where Lawrence says he was conceived after his parents bought a small farm in a quiet wooded valley 50 years ago.

“I'm Made in France!” he joked in fluent French, with just a hint of a British accent.

When he was young, Lawrence's family used to come to France on holiday “twice or three times a year,” he says.

At the age of 21, he decided to stay and make his home on the sprawling property surrounded by walnut trees. Since then he has developed strong ties to Dordogne, a region nicknamed “Dordogneshire” for its large British population, and says he feels fully integrated — unlike some British expats who stick together, speak only English and, as he says, “miss out on the subtlety of the French and life in France”.

“He's as French as me, there's no difference,” Alain Meunier, a fellow Plazac resident, chimed in as he stood at the cafe counter.

'I never received a thing'

Associations of Britons living in France have reported several cases of longtime British residents being turned down for French citizenship ahead of Brexit because they fail to demonstrate “sufficient and stable resources”.

Lawrence said he spent a year and a half and 1,000 euros (840 pounds, or $1,100) on applying for citizenship only to have the request turned down twice — though he can re-apply in two years.

“The authorities are afraid I will ask for state aid. But I never received a thing from the state. I am even prepared to put in writing that I will never ask for anything,” he said.

A provider for six people — his unemployed French girlfriend and their two-year-old son, her 10-year-old daughter and his three French-born children, aged 10, 12 and 14, he assures that the period used by the authorities to assess his earnings potential gave a skewed picture of his solvability.

Around a decade ago, he said, he had to stop working for several years to take care of his children after his ex-wife had a bad accident.

Adamant that London, where he grew up, is no longer home, he has vowed to work hard over the next two years to make enough money to allay any doubts about his financial situation.

In the meantime, without French citizenship, he will be forced to resign his seat on the local council after municipal elections in March, as will hundreds of other Britons serving on councils nationwide. For Alan Bennett (pictured above with Mark), another Briton living in Dordogne, who started the petition on Lawrence's behalf, the administration's decision highlights the contrast between the French, whom he describes as “welcoming by nature,” and “the authorities, who are more closed.”

Lawrence's girlfriend, Camille, suspects the flood of demands for citizenship from Britons fleeing Brexit may have made the authorities more demanding.

In 2016, 439 Britons obtained French citizenship, a number that rose to 1,605 the following year before jumping to 3,124 in 2018, according to foreign ministry figures from November.

The provisional tally for the first six months of last year stood at 1,437. “They had to find a weak spot,” she surmised.