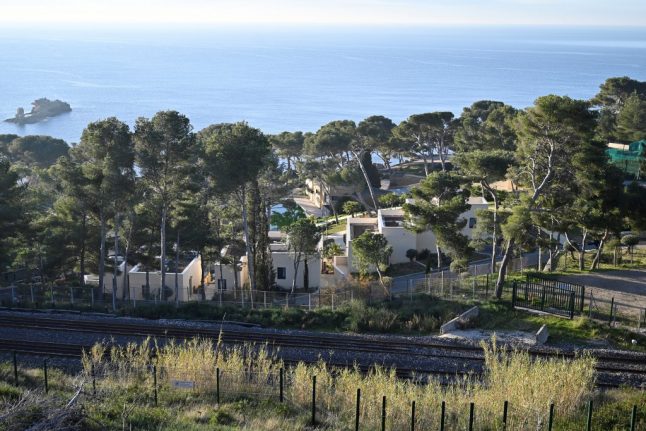 French police and health personnel were preparing the town of Carry-le-Rouet, near Marseille, for the 200 French evacuees expected to arrive from the coronavirus struck Chinese city Wuhan on Friday around midday.

The small-town 30 kilometers south of Marseille was selected to host the evacuees in one of its holiday resorts, where they will be quarantined for 14 days to ensure that they have not been infected with the contagious virus.

The Mayor described the current emotional state in Carry-le-Rouet as “psychotic,” with people calling his office to ask what they should do.

READ ALSO What you need to know about coronavirus in France French gendarmes and health personnel prepare the holiday resort where the 200 Wuhan evacuees will be staying for two weeks. Photo: AFP

However French health authorities said none of the people on the flight have so far showed any signs of being infected with the coronavirus, and that all of them will be closely monitored during their period of isolation.

“We will ask them to take their temperature and to wear a mask,” said Jérôme Salomon, General Director of Health.

Carry-le-Rouet had been chosen because of its “agreeable” outlook and “sufficient space,” according to the Health Director.

“It was out of the question to put people who aren't sick in a detention centre,” Salomon said.

READ MORE: Here's the latest on the coronavirus in France

Town officials say they had not been asked before taking on the task of hosting the evacuees, the Mayor told BFMTV, but had been “informed by the media.”

The arrival of the 200 French people from Wuhan coincides with the opening of the city’s traditional “oursinades” month, a seafood festival that draws visitors to the city every year.

“But I’m not worried,” Mayor Montagnac said. “If there turns out to be cases [that have been infected with the coronavirus] they will be confined to an almost inaccessible place.” A French gendarmerie vehicle arrives at the Istres-Le Tube Air Base where French citizens will land on Friday afternoon. Photo: AFP

Wuhan, the Chinese city where the coronavirus was originally detected, is the capital of the Hubei province. With its 11 million inhabitants it is the most populous city in central China.

The previously unknown coronavirus has caused alarm because of its similarity to SARS (Severe Acute Respiratory Syndrome), which killed hundreds across mainland China and Hong Kong in 2002-2003.

The outbreak in the Chinese city of Wuhan – which is an international transport hub – began at a fish market in late December and since then more than 170 people have died, including a doctor who was treating the victims.