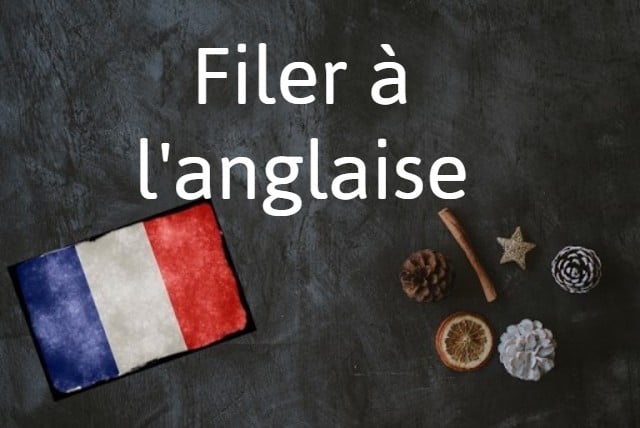 renchWhy do I need to know filer à l'anglaise?

The expression filer à l'anglaise stands as an obvious testimony to the everlasting squabble between France and England, and feels kind of appropriate on a day that involves British people leaving.

Filer à l'anglaise is the French version of 'to take French leave' and means leaving a place or sneaking out of a party without saying goodbye to anyone.

And it's not considered a polite thing to do, tempting as it might to just slip away and avoid taking formal leave of every single person around the dinner table.

Another French expression to signify this kind of behavior is partir comme un voleur – to leave like a thief.

So, who started it?

The question of who started this passive-aggressive spat is yet to be answered, but some reports date the origin of French leave back to the 1850s and closely tie the expression to the Napoleonic campaign and the supposed cowardice of French soldiers.

On the other hand, filer à l'anglaise has two stories.

Some French language experts explained this expression was only aimed at creditors, who were called les Anglais in the 1500s. People then used to leave quickly when les Anglais were around, resulting in filer à l'anglaise.

In the same vein, the 19th century verb anglaiser – which has totally disappeared today – used to mean voler, to steal.

Of course, there is still a theory claiming the expression is a small French revenge towards the English people and the French leave, but still to this day, no one knows for sure who started this squabble.

For more French words, phrases and expressions, check out our French word of the day section.