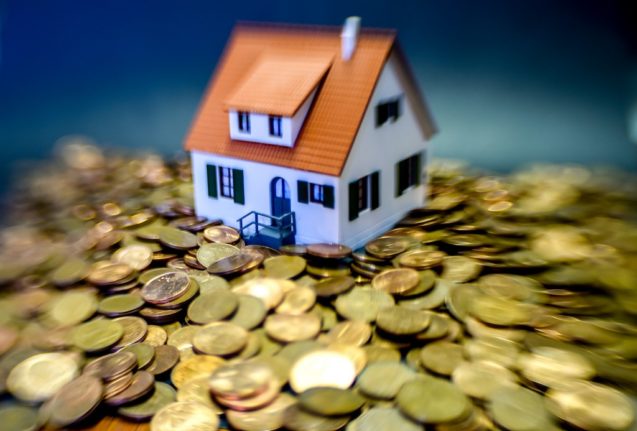 Contrary to the stereotype of all Brits in France as wealthy, gin-swilling expat types, many people in fact live a frugal life on low incomes – especially pensioners.

So the idea of there being a minimum income requirement to remain in France has caused a great deal of anxiety, and has lead some people to try and avoid registration altogether, for fear they will not meet the threshold.

The online process for residency applications is now open, and on Sunday the French government published in the Journal officiel an Arrêté outlining the minimum income requirements.

Why is there a minimum at all? Doesn't the Withdrawal Agreement give British people already resident here the right to remain?

Well yes it does, but it is not unconditional.

The Withdrawal Agreement states that anyone who is legally resident in France before the end of the transition period on December 31st 2020 has the right to stay here.

But it's that phrase 'legally resident' that is important.

France and the UK were the only two countries in the EU that did not require people arriving under Freedom of Movement to register for a residency card. Because of that, many British people in France assumed that Freedom of Movement was unconditional, but in fact it has always been the case that legal residence has conditions.

And one of them is being able to prove that you are financially self sufficient and will not be a burden on the French state.

For people in work this is relatively straightforward but for people living off low incomes – pensioners with only a very small pension, early retirees or people who are otherwise economically inactive, it can be more problematic.

These have always been the rules, so technically it is nothing to do with Brexit, it's just that Brexit marks the first time that a lot of British people have formally entered the residency system and are therefore being exposed to the limit.

READ ALSO So you're living in France, but are you legally resident?

And what does financially self sufficient mean?

Some people think that simply having lived for a significant period of time in France and not having claimed any benefits or state help is enough to show that they're self sufficient, but in fact this is not the case.

READ ALSO Is my work 'genuine and effective' enough for me to remain in France?

So how much do I need?

The Withdrawal Agreement states that each application must be considered on a case-by-case basis, so there are no set-in-stone limits.

The French take the level for RSA as a guide figure. Revenue de Solidarité Active (RSA) is the French in-work benefit. Anyone earning below a certain amount is entitled to top-up benefits and this is the figure that is being used to calculate what is a reasonable income level.

As with all benefit levels, it changes over time, but currently the level is €564.78 per month.

There's good news for British people – the French government has said that unlike for other types of application, British people can declare this as an income for their household – so if you are a couple you only need €564.78 between you, not €564.78 each – and there is no higher rate for over 65s.

The document states: “The adequacy of resources is assessed in the light of the personal situation of the person concerned.

“Regardless of the number of people in the household, the amount required may not exceed the minimum amount of the RSA for a single person without children.”

The case-by-case decision process also means that if, for example, you fall slightly below the threshold but own your own home outright, the préfecture will have to take that into account when deciding your case.

Only some people need to supply proof

In more good news, once the online portal for residency applications went live, it became clear that the French government is only asking for proof of means for people who have lived in France for less than five years.

People who have lived in France for longer than five years simply need to supply personal information, proof of address and some evidence of the date they arrived in France.

For more on how the application site works – click here.

People who have lived in France for less than five years apply as one of the following categories; employed or self-employed, student, job-seeker, retired or otherwise economically inactive, the family member of someone who fits the above criteria or the spouse, civil partner or live-in partner of a French person.

Of these categories, only those applying as 'retired or economically inactive' need to supply proof of their means. Documents that will be accepted for this include your most recent tax declaration, information on pension payments or recent bank statements. My income is lower than that, what can I do?

If you fall into the category of someone who needs to supply financial information and are worried that you fall below the threshold, there is some flexibility in the system. These figures are a guide and countries are legally obliged to decide each case on its merits, rather than just applying the figures as a cut-off point.

For example if you own your own home outright and therefore don't have to pay rent or a mortgage, that would be taken into account.

It's also a question of overall resources rather than just income, so if for example you took redundancy with a decent payout, that money would be taken into account when assessing whether you are self sufficient.

It sounds obvious but it's also important to include all types of income (eg rental income from a UK property) and all savings when you make your application. Some of the early cases of people being refused for residency on income grounds were of people who did actually have sufficient resources, but had not disclosed all financial information on their application.

Could I really be refused permission to stay in France?

Yes, it is possible. In total 3,367 orders to leave France were issued to EU citizens in 2017 because of failure to meet the legal residence conditions.

If you fall a long way below the threshold and that has always been the case while you have been in France then you have technically never been a legal resident here.

The good news is that there is some breathing space – British people have until June 30th 2021 to make their carte de séjour application.

So that gives people below the threshold seven months to think about how they can reach that – either by getting work or enrolling with the French unemployment office Pôle d'Emploi, setting up a business, renting out a few rooms in your house or if possible asking a family member to make you a regular income.

Can't I just not register?

Tempting as it might seem to just ignore the whole thing, this is not really an option. Once the deadline for applying for residency passes, British people in France will be legally required to have a carte de séjour.

Without one you will be an undocumented migrant and as such not eligible for healthcare or social security. If you travel out of France you may not be allowed back in and if authorities catch up with you you risk being deported.

Important – this all applies only to people who are already in France by the end of the transition period on December 31st, 2020. People who want to move after that fall under a different regime.