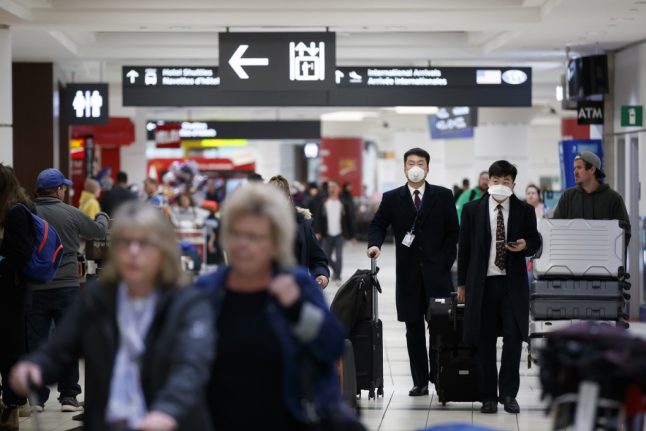 The French national airline Air France announced on Thursday that it would be suspending all flights to destinations in China until February 9th.

The move comes after a request from unions, who said staff were concerned about the health risks.

READ ALSO Coronavirus in France: What you need to know as fifth case detected The airline had previously announced it would suspend flights just to Wuhan, the Chinese city where the coronavirus outbreak was first detected in December.

Since then the majority of cases reported have been in Wuhan – which is an international transport hub – but the virus has also been reported in countries across Asia, the USA, Canada, Australia, France and Germany.

Air France is not the only airline to have taken action as the virus continues to spread and the death toll mounts to more than 170 people.

British Airways has suspended all its flights to and from mainland China. The airline flies daily from London's Heathrow airport to Shanghai and Beijing. The airline said it had taken the move following advice from the UK government  against all but essential travel to China.

Hong Kong-based Cathay-Pacific said on Tuesday it would progressively reduce capacity by 50 percent or more on its routes to mainland China from Thursday through to the end of March. The reduction concerns both Cathay Pacific and its Cathay Dragon subsidiary.

Finnair, which offers many connections between Europe and Asia, said on Tuesday that the suspension of group travel from China was leading it to suspend some  flights beginning February 5th through most of March. For the moment it will continue daily flights to Beijing and Shanghai, two daily flights to Hong Kong, and two flights a week to Guangzhou.

Indonesia's Lion Air Group, Southeast Asia's biggest carrier by fleet size, is halting all its flights to and from China owing to the deadly coronavirus, a company spokesman said Wednesday.

The suspension, which affects routes to 15 different Chinese cities, goes into effect from February 1st until further notice.

US carrier United Airlines said on Tuesday it will trim its service to China from the United States in light of a big drop in demand following a call by US health officials to avoid non-essential travel to the country.

Russia's Urals Airlines, which had already suspended flights to several destinations in China, announced on Wednesday it was cutting some services to Europe popular with Chinese tourists, including Paris and Rome, because of the outbreak.