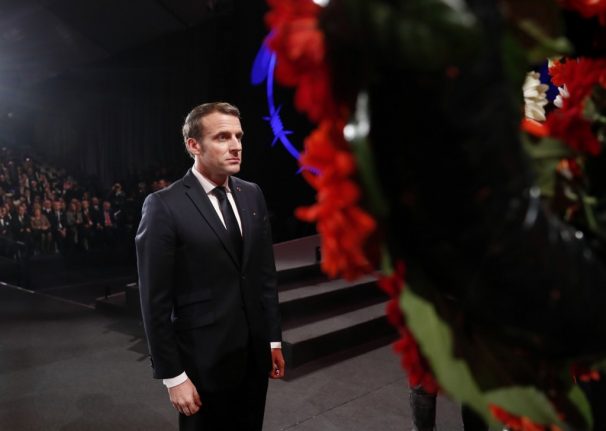 Sarah Halimi, an Orthodox Jewish woman in her sixties, died after being pushed out of the window of her Paris flat by a neighbour shouting “Allahu Akbar” (“God is great” in Arabic).

Her murder stoked debate over a new strain of anti-Semitism among radicalised Muslim youths in predominantly immigrant neighbourhoods.

But the Court of Appeal in Paris last month concluded that the suspect, a heavy pot smoker, had succumbed to a “delirious fit” and was therefore not criminally responsible for his actions.

During a visit to Israel last week Macron took issue with the finding, saying that “even if, in the end, the judge decided that there was no criminal responsibility, there is a need for a trial.”

His remarks drew a swift riposte from the prosecutor-general and the top judge at France's top appeals court, which will hear an appeal by Halimi's family against the lower court's insanity finding.

In a statement, judge Chantal Arens of the Cour de Cassation and prosecutor Francois Molins noted that “the independence of the justice system, of which the president of the Republic is the guarantor, is an essential factor in the functioning of democracy.”

The judges of the Cour de Cassation, “must be able to examine all the appeals (in the Halimi case) in all serenity and independence”, the two top magistrates said.

The head of France's main judges' union, Katia Dubreuil, said she too was “shocked” by Macron's remarks, noting that despite his promise not to interfere in court rulings, “that's exactly what he's doing!”

Macron had begun his speech in Jerusalem by saying that he could not comment on the court ruling because it was his role, as president, to ensure the independence of the judiciary.

But the French leader, who was in Israel to attend events marking the 75th anniversary of the liberation of the Auschwitz Nazi death camp, went on to comment on the case regardless in his speech to Israel's French community.

Noting that a French judge had in 2018 confirmed that Halimi's murder was anti-Semitic in nature, Macron declared: “There is a need for the healing that a trial can bring.”

France is battling a resurgence in anti-Semitism, despite a lingering sense of shame over the round-up and deportation of Jews from the country during World War II.

The case of Sarah Halimi is an emotive one for the French Jewish community, which was dismayed at the initial reluctance of the judiciary to formally label her killing anti-Semitic.

French Jews have been repeatedly targeted by jihadists in recent years, most notably in 2017, when an Islamist gunman shot dead three children and a teacher at a Jewish school in the southern city of Toulouse and in 2011 when a pro-Islamic State radical gunned down four people at a Jewish supermarket in Paris.

The number of anti-Jewish offences reported to the police rose 74 percent in 2018.

During his visit to Israel Macron railed against the rise in anti-Semitism, saying “this return of hatred haunts our present time.”