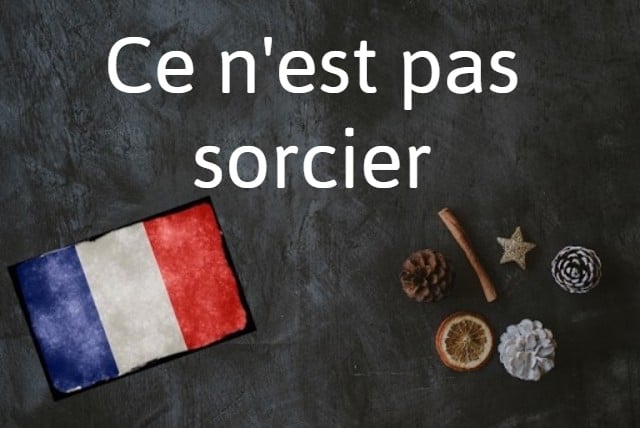 Why do I need to know ce n'est pas sorcier?

Is there someone in your life that is over-complicating things and putting unnecessary obstacles in the way? This is what you need to tell them.

In French un sorcier is a wizard (a witch is une sorcière). So for example Harry Potter and the Philosopher's Stone/Sorcerer's Stone appeared in French as Harry Potter à l'école des sorciers (Harry Potter at the wizards' school).

But it better translates as 'it's not rocket science' – ie you're telling the person that they're dumb and making something way too complicated.

Or if you really want to unleash your fury onto someone who is putting unnecessary obstacles in your way Comme je l'ai déjà dit, ce n'est pas sorcier, c'est très clair – as I already said, this is not rocket science, it's very simple.

As is hopefully clear, this is not a particularly polite phrase, it's sarcastic at best and downright offensive at worst so we wouldn't suggest using it unless you have exhausted all of the more reasonable forms of persuasion.

You will probably feel like using it repeatedly as you navigate your way through French bureaucracy, but it is unlikely to get your paperwork processed any faster, so it might be better to just swallow your rage, explain the situation again and then do some deep breathing exercises and go to your happy place.