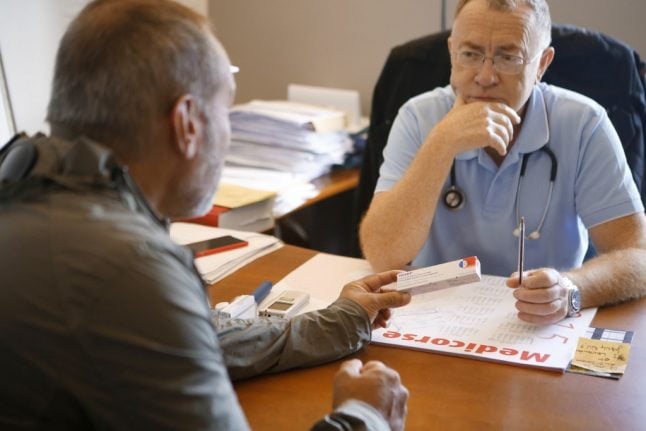 Since the UK exited the EU we have been in a transition period, which lasts until December 31st.

During tat period, most things stay the same including the right of British people in France – either living her or just visiting – to access healthcare if they need it.

After the transition period ends, however, some things will change and people may need to register within the French system.

As this can be a slow process at the best of times we would recommend that people who are not already registered use the next six months to do so – you can start the process immediately as it is not Brexit-dependent. Once the transition period ends some of the processes will change, but here is the good news – the Withdrawal Agreement guarantees the rights of British people already in France to healthcare for the rest of their lives.

So if you are legally resident in France by December 31st, 2020 – your healthcare will be covered.

(Quick caveat here is that being legally resident is not quite the same as simply being in the country – find out more here).

However for some people the process they use to access healthcare will change. Most people who are working in France will have already registered for a carte vitale – the magic card by which you get your healthcare costs covered.

In France you pay upfront for medical treatment and the state then reimburses all or part of the cost depending on the type of treatment you are having.

More on how the carte vitale works here.

The majority of British pensioners will also have a carte vitale, although in their case costs are reimbursed by the British state under the S1 scheme.

But many people have until now been relying on their European Health Insurance Card (EHIC or what used to be called the E111).

Once the transition period ends EHIC cards issued by the UK won't be valid unless a future agreement is made before December 31st.

Importantly, however, UK issued EHIC cards for S1 holders can be used in the UK after the end of the transition period for those legally resident.

Everyone who is resident in France needs to register themselves in the French system.

For people who are working – either an an employee or self-employed – it's fairly simple. If you are paying in to the French state through taxes you are entitled to healthcare.

For pensioners too the process is pretty straightforward (which is not the same as being speedy, this is French bureaucracy we are talking about) – apply for a carte vitale as an S1 holder.

For early retirees or otherwise economically inactive people the process is slightly more complicated, but after three months of residence you are entitled to healthcare with the PUMa scheme – find out what that involves here.

What about non residents

People visiting France either as tourists or on regular visits as second home owners have until now relied on the EHIC card if they need healthcare.

Currently UK issued EHIC cards will cease to work after the end of the transition period so – unless a separate deal is made – visiting France will become the same as visiting any other non EU country, ie you will have to arrange your own private travel insurance or health insurance to make sure you are covered in case of illness or accident.

Although the British government has stated it wants the EHIC card system or something similar to continue after Brexit, but this will have to be negotiated with Brussels (along with that trade deal and quite a few other things).

The same applies if you are travelling the other way.

Unless France and the UK come to a separate bilateral agreement about covering the healthcare costs of non residents, the costs of French residents will not be covered in the UK after December 2020.

This might seem pretty unfair to Brits who over the years have worked in the UK and therefore contributed quite a lot to the NHS, but free-at-the-point-of-delivery heath services in the UK are only for permanent UK residents.

But there are exceptions.

Kalba Meadows who runs the France Rights citizens' rights group says S1 holders who are UK state pensioners will be able to access full healthcare on trips to the UK under Overseas Patients regulations.

France Rights' Meadows also points out that British residents in France who have a CEAM (Carte Européenne d'Assurance Maladie – the equivalent of an EHIC) issued by France (because France is their competent state) will be able to continue to use that card if they are in the UK or other EU countries for short visits.

You can apply for this at your local CPAM office or through the online Ameli portal.

Check out The Local's Preparing for Brexit section for more detail and updates as we get them. If you have questions, please send them to us here and we will do our best to answer them.