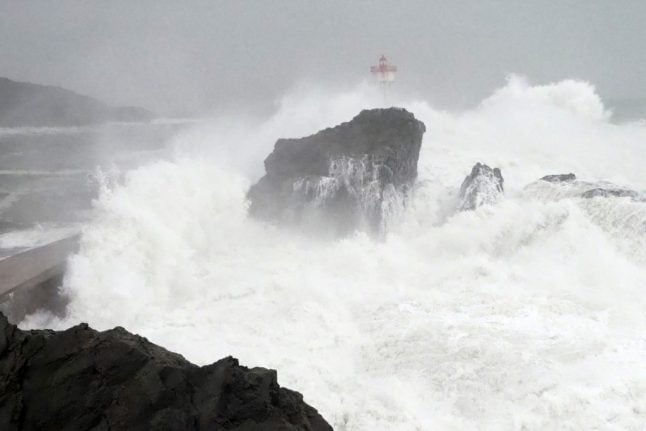 Two départements – Aude and Pyrénées-Orientale – remain in red alert for flooding, while French weather forecaster Méteo France has also issued an orange alert for the neighbouring départements of Ariège and Haut-Garonne.

The warnings will remain in place until at least Friday morning. Pyrénees-Orientales is also on alert for the risk of avalanches.

Overnight about 1,000 homes in the area lost power and 1,500 people were evacuated as rivers burst their banks.

The warnings come after an estimated two months of rain fell on the area in just two days.

Authorities in Pyrénnées-Orientales have also placed the river Agly, that flows just north of Perpignan, on red alert which has prompted the evacuation of several villages in the area.

When a river is placed on red alert it signals that there is a “risk of major flooding” which is a “direct threat to the safety of people and property”.

A red level warning means residents are urged to stay at home and only travel when absolutely necessary. Météo France advises people to keep up to date with the situation locally before travelling and always respect any “deviations” put in place due to flooding.

Méteo France says some 40 to 70 mm of rain fell in just three hours on Wednesday.

In neighbouring Spain the death toll from Storm Gloria has risen to seven, while four people are still missing.