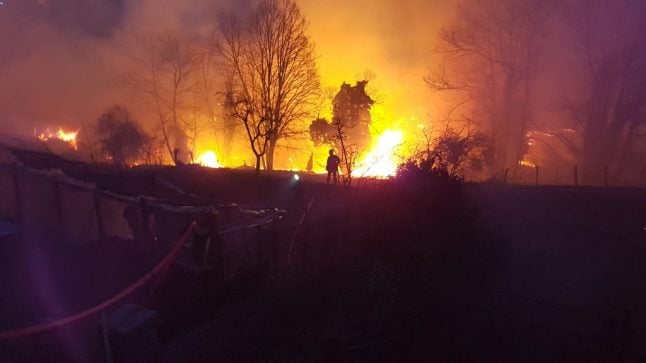 As more and more extreme weather events hit France, an increasing number of communities are at risk of life-threatening storms or flooding.

In the past 24 hours 1,500 people have had to be evacuated from their homes in south west France as Storm Gloria brought torrential rain and heavy seas.

And as the climate crisis continues, this type of extreme event is likely to get more common, so in order to help people prepare, the Ministère de la Transition écologique et solidaire has published detailed maps showing the risks.

READ ALSO MAP: Where in France do wolves live? The bad news is that it's likely you will have to – two thirds of French communes are at risk of at least one type of climatic risk.

The most common risk is flooding – around 20,000 communes are at risk of flooding.

France saw several episodes of severe flooding last year, including cases on the Cote d'Azur which left two dead and in the south west of France which left  three people dead, including an elderly British woman who lived in the area.

Forest fires also hit the country, and the risk map shows that large parts of southern France are now at risk of wildfires.

The third most common risk is for earthquakes. In general the central areas of France have the least risks, according to the government's data.

Meanwhile the heatwaves that hit much of France this summer caused 1,500 deaths, according to the French health ministry.

The annual frequency of weather events dubbed très grave (very serious) in France has quadrupled in the last 20 years, compared to the previous 40.

To find out what risks affect your commune, click here.