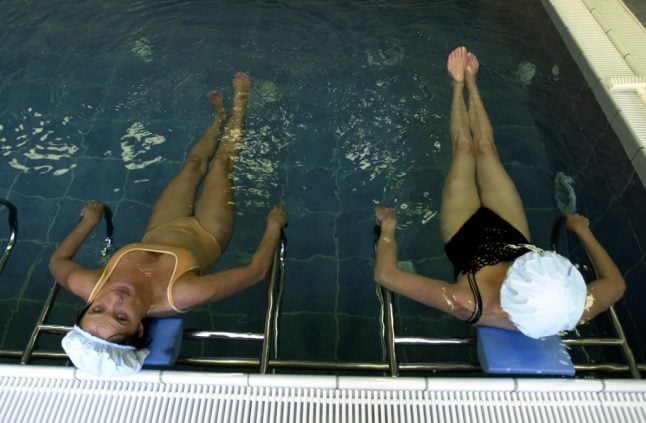 One of the many great things about the French healthcare system is that in certain cases, you can get most of the cost of a spa treatment reimbursed by the state.

Sadly this isn’t for anyone who just fancies a nice day relaxing at the spa – you need to be prescribed the cure thermal (spa treatment) by your doctor and there is a list of 12 conditions it is officially approved for.

The treatments themselves are generally hydrotherapy in thermal springs – or mud – or massages, so don’t try claiming back the cost of a facial.

But there are enough people who meet these conditions that in 2019 579,000 people in France had a spa treatment that was reimbursed through their carte vitale health card.

Experts put the drop down to two factors; economic conditions and and the temporary closure of four spa treatment centres over the last two years.

The cost of a treatment is reimbursed up to 65 percent, so going for a cure thermal still involves some financial outlay.

And there may have been a problem with access, as four centres had temporary closures during 2019 – Brides-les-Bains in Savoie (12,000 spa visitors), due to work related to the presence of bacteria in the water, Bourbon-Lancy in Saône-et-Loire (4,500), due to a fire, Lons-le-Saunier in the Jura (1,800), due to redevelopment work, and Les Eaux-Bonnes in Pyrénées-Atlantiques (1,000), due to a problem with the structure of the complex.

“The main explanation is cyclical: it is the unusual closure of four thermal establishments”, Thierry Dubois, president of the CNETh (National Council of Thermal Establishments) told local newspaper Sud Ouest.

So how do you go about getting a spa cure?

Well firstly you need your doctor to write a prescription stating that you need one, and this doctor must be your registered medécin traitant – your GP or family doctor.

There are 12 things which make you eligible for a cure thermale, but some of the categories are pretty vague. They are;

Once you’ve persuaded your doctor that a spa treatment will help, you may also be able to claim back some of the costs of getting to the treatment centre, depending on your personal circumstances.
READ ALSO The new website for claiming back the cost of travel to medical appointments in France
As with all medical care in France, you pay upfront for the treatment and then claim the cost back using your carte vitale. In the case of spa cures you will get up to 65 percent of the cost back.
Although the French state has recently cut back some treatments that it will refund – including homeopathy – spa cures were spared and will continue to be reimbursed for the foreseeable future.
Perhaps unsurprisingly, the majority of people who take spa cures are pensioners, with the average age being 63.