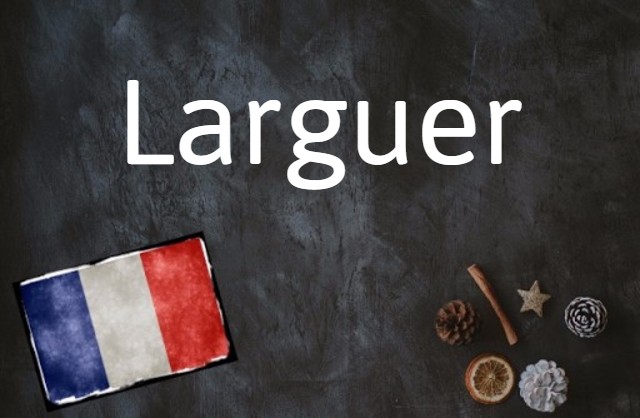 Why do I need to know larguer?

We've all been there. But have you been dumped in French?

It comes from the nautical world: larguer un cordage or larguer les amarres can both be translated to ‘cast off’ a boat.

It's a telling image, as larguer means ridding yourself of something you don’t want anymore – like a lover.

It is most commonly used as part of the expression se faire larguer – to be dumped.

Je me suis fait larguer par ma meuf l'année dernière, je ne suis toujours pas prêt pour reprendre la vie célibataire  – I was dumped by my girlfriend last year, and I am still not ready to get back into single life.

In other words, to larguer someone is the same as laisser tomber or abandonner. 'Letting go'.

Be careful when using it..

If you want to break up with someone, you probably would not say je te largue (‘I’m dumping you).

It's not wrong, mind you. Linguistically it's correct. However je te largue is a pretty aggressive way of ending things with someone.

Je te quitte is probably better, in the same way as ‘leaving’ someone sounds more empathetic than ‘dumping’ someone.

A more diplomatic way of dumping someone in French is probably je pense qu’on devrait rompre – I think we should break up.

So if a French friend tells you, je me suis fait larguer hier soir, you know what to do:

Chandler got dumped by Janice. Now he is feeling miserable: She said: this relationship is going to fast.. pic.twitter.com/PP7fkipT8p