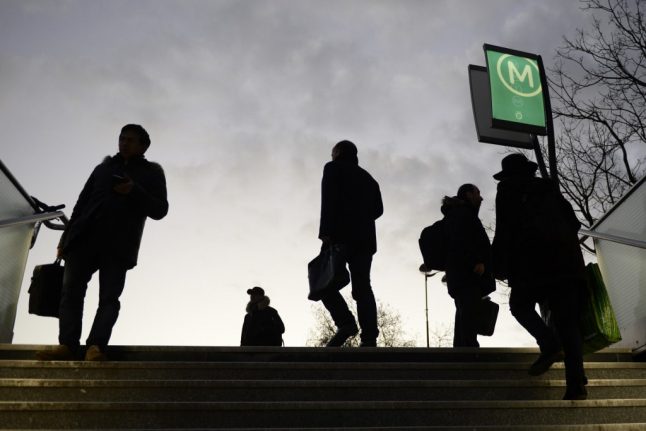 Since December 5th Parisians have been faced with finding alternative ways to get to work or school as the city's Metro, bus and tram services ground to a virtual standstill.

On the first day of the strike 11 of the city's 16 Metro lines were closed altogether, with three others offering a very limited service during rush hour only. Only lines 1 and 14 – which are automated – have run as normal throughout the strikes.

Services on the buses and trams and the suburban RER trains were also extremely limited, with virtually nothing running outside rush hour.

The strike began on a Thursday and just as Parisians thought that things could not get any worse, services were cut even further at the weekend as city transport bosses opted to conserve the few staff they had to operate commuter lines during the week.

But on Tuesday, January 21st,  RATP are finally listing almost all of the city's services as 'normal' or 'quasi normal'.

The other 14 Metro lines are 'normal' (although bear in mind that normal for Paris can still include the odd delay) buses are normal and trams are 'quasi normal'.

For the first time in 47 days the RER suburban train service was also listed as normal, ending the nightmare for thousands of people who rely on the services to get in to central Paris from the furthest suburbs.

With very few RER services running during the early days of the strike, and the ones that did so crowded and that scenes of near-riot were seen at Gare du Nord station, many people were forced to walk or cycle up to 30km just to get to work. The return to normal has been a slow and gradual process.

The strike is still officially ongoing for most unions, and the largest union on the Paris transport network – Unsa – only suspended its strike action on Monday, January 20th.

But in reality services had been improving steadily for several weeks.

French workers are not paid during strikes and after the first couple of weeks more and more began returning to work, unable to take the financial hit any longer.

By January 6th, the day that many Parisians returned to work after Christmas and New Year holidays, most parts of the city had at least a skeleton service running, albeit many of them only during the morning and evening rush hours.

Tourist attractions like the Eiffel Tower which had seen sporadic closures during the strike have been open as normal for several weeks now.

Although the strike technically continues, with more talks scheduled between the government and unions over the planned pension reforms, for weary Parisian commuters – not to mention baffled tourists – it seems that it is mostly over, bar the shouting.

One side effect of the strike is that many thousands of Paris residents took to cycling to get about – either on the their own machines or on the city's Vélib' bike hire system – so it remains to be seen how many of them will keep up this habit.

Haven't seen so many cyclists in Paris since…. well the last Metro strike back in September. Two Parisian cyclists just crash into one another in front of me. “Sorry Im not used to this,” says the elderly man. “Me neither,” said the young woman. “We are all in the same mess'' pic.twitter.com/dSR2cJmNHC

The city's mayor Anne Hidalgo has made cycling a priority, creating many hundreds of new bike lanes and with ambitious plans for more (if she gets reelected in March, that is).

Meanwhile tourists who braved the strike disruption and came anywhere discovered that Paris really is a very compact city (just 9km across from east the west) and that walking is generally a lot more pleasant than being crammed into a crowded Metro carriage. Bad news for ballet and opera fans though, performers at the Paris Opera are still on strike and several productions have been cancelled.