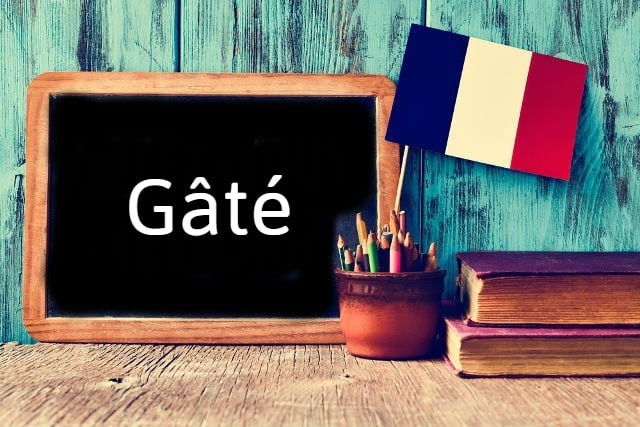 Why do I need to know gâté?

If you have or are planning to have children in France, you will want to avoid them becoming it.

Gâté comes from the verb gâter, which means ‘to spoil’ [someone].

Gâter quelqu’un – to spoil someone

If you do come home to one of the three above (or any other surprise), you could exclaim:

Which is a way of expressing that you appreciate the gesture.

In this case, it’s about being spoiled:

Être gâté – to be spoiled

So as you see, gâter can be a good thing, but – like spoiled – it has a bad side too.

A common expression in France is enfant gâté, 'spoiled child'.

But enfant gâté is a label not necessarily reserved for children. Here in a headline of an article published by Breizh, a news website in Brittany:

Here by Christophe Bourgois-Costantini, a French football coach, during a televised debate on the French sports channel RMC:

'Mbappé number 10? I think that's the whims of a spoiled child.