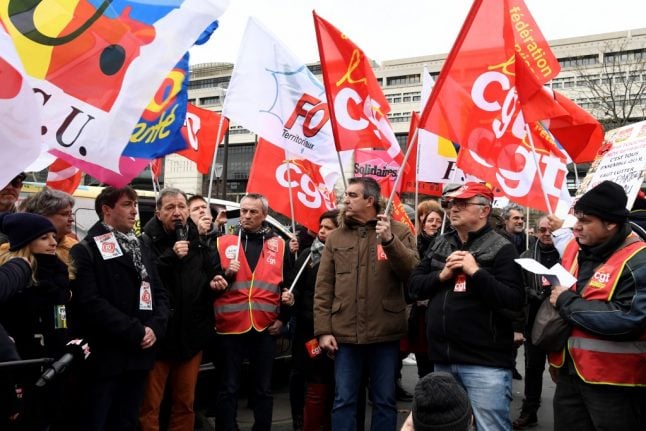 The effect has already been factored into the overall growth forecast of 0.2 percent for the final quarter, Banque de France governor Francois Villeroy de Galhau told a parliamentary finance committee.

An estimated 10 percent of businesses, mainly in the hotel, restaurant and transport industries have been affected by the stoppage, he said, but declined to comment on the disruptive labour action's potential impact on the economy in 2020.

De Galhau described the economic impact of the strike, which began on December 5th, as “limited”, but said this did not “diminish in any way the real discomfort suffered by millions of our fellow citizens, employees and merchants.”

The effects would vary, he added, between companies, economic sectors, and even geographic regions.

Parisians have borne the brunt of the strike led by train, Metro and bus drivers protesting over plans to reform the French pension system.

For weeks, the vast majority of Paris Metro lines were closed or virtually unusable, suburban train numbers were slashed, and thousands of French people saw their December holiday plans dashed as regional and inter-city trains were cancelled.

Businesses complained of turnover losses of as much as 50 percent as the transport shortage kept clients away, especially damaging over the usually busy Christmas shopping season.

With about one in five train drivers still on strike by Wednesday, according to the SNCF rail agency, public transport in Paris has started to improve, although commuters are still confronted by overflowing buses and train carriages and many continue walking or cycling long distances instead.

The government wants to merge 42 existing pension plans into a single, points-based system it insists will be fairer and more transparent, but which unions claim will cause millions to work longer for smaller retirement payouts.

A sixth day of mass demonstrations against the reform has been called for Thursday, and on Wednesday strikers blocked several French ports to show they are not yet ready to budge.

Over the weekend, the government suggested it could be ready to drop the most contentious element of the overhaul: a “pivot age” of 64 until which people would work to qualify for a full pension – two years beyond the official retirement age.

The Banque de France last week forecast overall growth of 1.3 percent for the French economy for 2019, followed by a lower 1.1 percent in 2020.

READ ALSO What next for French strikes after government offers compromise