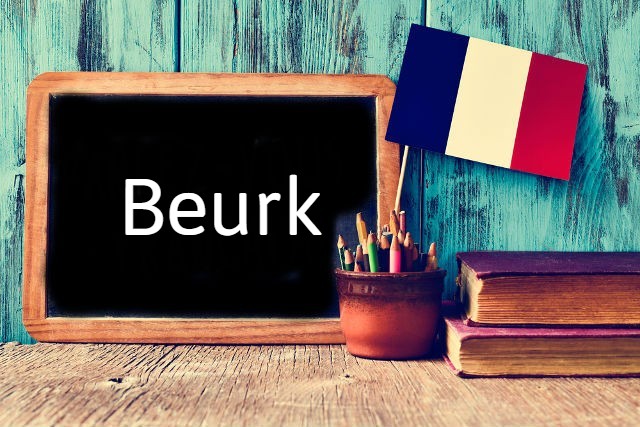 Why do I need to know beurk?

Childish to be sure, and maybe more of a sound than strictly speaking a word, you will nevertheless hear this frequently in France.

It means yuk or eurgh or eww – basically the response to give if you find something disgusting or gross or foul.

So if you're discussing your least favourite vegetable you could say Beurk, la puanteur des choux de bruxelles – Yuk, the stink of Brussels sprouts.

It doesn't need to apply only to food though, you can use it to describe people (if you're feeling particularly hurtful and insensitive that is).

Et donc il m'a invité à prendre un verre mais j'étais genre, beurk – And so he asked me out for a drink, but I was like, eurgh.

As should hopefully be clear from the context, this is not exactly a polite phrase so we wouldn't advise using it to your host at dinner, for example.

If a simple non merci is not enough to decline an offer, you could say that c'est pas mon truc – it's not my thing – to explain that although you're sure their wheatgrass and kale smoothie is delicious you might stick with a cup of tea this time.