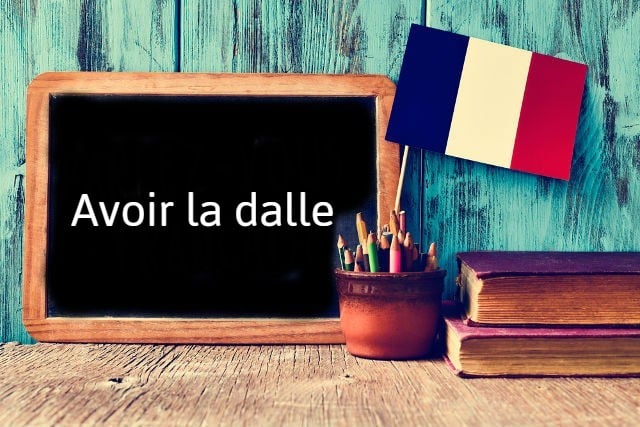 Why do I need to know avoir la dalle?

It's one of those French expressions that are a bit too cool for school (in the sense that you won't learn them there), but that you will undoubtedly encounter when living in France.

If you say j'ai la dalle, it means that you're starving.

(We have previously explained the meaning of bouffer (colloquial term for 'to eat'), another example of French slang.)

Dalle dates all the way back to the 14th century, during which it was a term for ‘mouth’ or 'throat', according to the French web dictionary l’Internaute.

The expression avoir la dalle came much later, sometime during the 19th century.

Another expression including dalle is avoir la dalle en pente, which means being able to drink a lot of alcohol.

Other ways of saying that you're starving in French are: