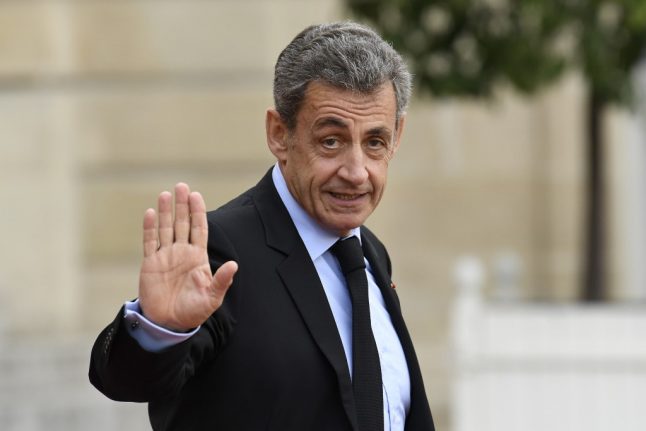 The trial will last until October 22nd, a Paris court said on Wednesday.

This will be the first trial in several corruption investigations against Sarkozy, who was president from 2007 to 2012.

Jacques Chirac, who died last September, was the first ex-president put on trial but not on corruption charges – he was found guilty in 2011 of embezzlement and misuse of public funds during his time as mayor of Paris.

Sarkozy, 64, stands accused of seeking to obtain, through his lawyer Thierry Herzog, classified information from then-judge Gilbert Azibert in 2014, about another case that has since been dismissed.

In return, the judge was allegedly offered help to obtain a post in Monaco.

Last June, appeals judges rejected a challenge filed by Sarkozy, Herzog and Azibert against the case for corruption and influence peddling.

Herzog and Azibert will also be tried for breach of professional secrecy.

Since losing to the Socialist Party's Francois Hollande and leaving office, Sarkozy has fought a barrage of corruption and campaign financing allegations, all of which he rejects.

Last October, a court ruled he must stand trial for illicit financing of his 2012 presidential campaign – a charge for which he risks a one-year jail term and a fine. No trial date has been set.

He has said he was unaware of the fraud by executives at the public relations firm Bygmalion, who are among 13 others being pursued in the case.

Sarkozy has also been charged over accusations he accepted millions of euros from the late Libyan dictator Moamer Kadhafi towards his first presidential campaign, in 2007.

Sarkozy retired from political life after he was defeated in the primary round of elections in 2016.

In its indictment for the corruption case, the prosecution service compared Sarkozy's actions to those of a “seasoned offender” and criticised his lawyers' tactics which it said “paralysed” the investigation.

The case has its origins in the interception of telephone conversations between the former president and his lawyer, carried out as part of the probe into the Libyan financing allegations.

Investigators discovered at the time that Sarkozy was using a pre-paid mobile phone card allegedly for the sole purpose of communicating with his lawyer.

The wiretaps were ruled allowable by an appeals court in 2016 but could still fuel a bitter legal battle at trial.

Fillon crashed out of the running for the presidency in 2017 after being charged with using public funds to pay his wife for a fake job as his assistant.

Juppe, a prime minister under Chirac, was given a suspended jail sentence in 2004 over a party funding scandal.