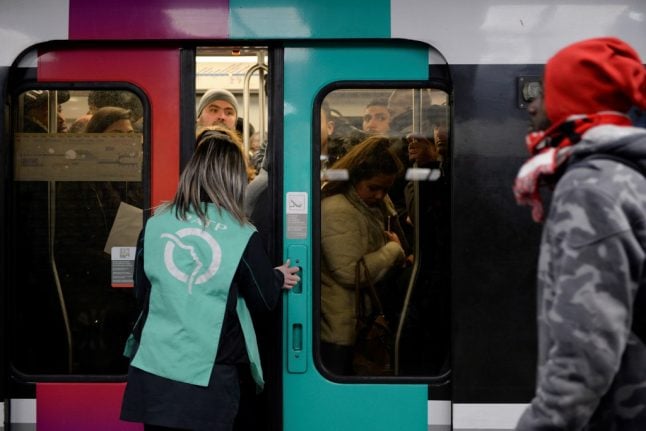 Resumed talks between union leaders and French Prime Minister Edouard Philippe failed to break the deadlock on Tuesday, and Thursday will be another national day of protest.

READ ALSO No, strikes have not brought the whole of France to a standstill

So here's a look the transport situation on Wednesday, January 8th.

Another slight improvement on the the railways services, with three quarters of the normal TGV high speed services and the budget Ouigo services running.

Half of the usual services on the suburban Transilien trains were operating, along with one third of the Intercité routes. Service was also limited on the local TER trains with six out of 10 of the normal services running.

Some passengers have been reporting that trains are running virtually empty, as people assume there is no service and make alternative arrangements.

International services like the Eurostar are also affected by the French strike. Eurostar has already published on its website a limited timetable running until January 12th, but nine out of 10 trains ran as usual on Wednesday.

Cross-Channel ferries, as is the Channel Tunnel, also operated as usual.

In Paris public transport services have been steadily improving in recent days, although there is still plenty of disruption. All 16 of the capital's Metro lines were open on Wednesday, although only automated lines 1 and 14 ran as normal.

Line 13 only operated in the morning rush hour, while lines 6 and 12 limited their services to the afternoon rush hour. Line 3bis ran between 1pm and 6pm.

The city's trams are largely back to normal and this continued on Wednesday with lines 2, 5 and 8 running as normal and lines 1, 3b, 6 and 7 described as 'quasi normal'. Line 3a ran all day, but with three out of four of the usual services.

The RER lines A and line B – which links the city centre to both airports and its banlieues – ran all day bu with fewer services than normal.

Three quarters of the normal bus services were running.

City transport operator RATP added a warning that due to a 'protest day' planned for Thursday, it expects services to be more limited. Full details will be published at 5pm on Wednesday.

Elsewhere members of the CGT union are taking strike action at seven of France's eight oil refineries as well as at ports including Le Havre.