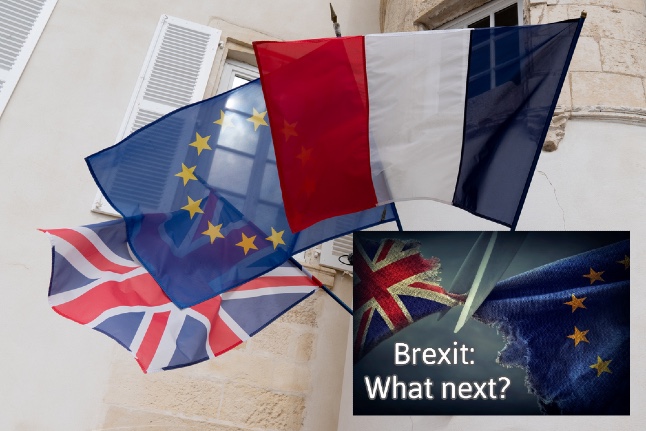 The UK has now – after several delays – exited the EU. But with many manners yet to be resolved there are still several key dates to come.

Here are some of the key dates when decisions will be made and we find out more.

READ ALSO Brexit: What does the transition period mean and what do I do now? January 31st, 2020 – Brexit Day. The UK exits and a transition period begins, which currently runs until December 31st, 2020. All UK citizens who do not have dual nationality lose their EU citizenship on this day and will also lose the right to vote or stand for office in EU countries.

In terms of citizens' rights, however, most other things stay the same during the transition period, including the right to live and work in France, so people already living here can stay and British people can move here on the same terms as before. To exercise this right, you must be legally resident in France, which is not the same as simply being in the country – find out more about legal residence requirements here.

March 1st – Talks start on the “future relationship” the main part of which will be about trade relations. This is the date the EU is aiming to have its negotiating mandate agreed, which will give the European Commission the legal authorisation to formally open talks.

November 26th – this is the date that EU experts say a trade deal will need to be actually agreed by, in order to leave time for it to be formally presented to the European Parliament and ratified in time for the December 31st deadline.

December 31st – the end of the transition period (unless it's extended).

The transition period was originally envisioned as a two-year period in which the EU and UK could negotiate future trade and other agreements, however repeated Brexit delays mean it is now just 11 months. Trade experts say it will be very difficult to get agreements completed within this timeframe, but British PM Boris Johnson is adamant that he will not ask for an extension (although it's worth pointing out that he also said this about the October 2019 Brexit deadline).

Even if there is no trade deal, the Withdrawal Agreement and its protections for citizens' rights will stand as a treaty.

Among the things that the Withdrawal Agreement covers are rights to healthcare, pension uprating and entitlement to benefits, but things that still need to be worked out during the transition period are the rights for people wanting to move after the end of the transition period, how long people who are not legally resident in the EU (for example second home owners) can stay and the right to be joined by a future spouse or partner.

Check out The Local's Preparing for Brexit section for more detail and updates as we get them. if you have questions, please send them to us here and we will do our best to answer them.