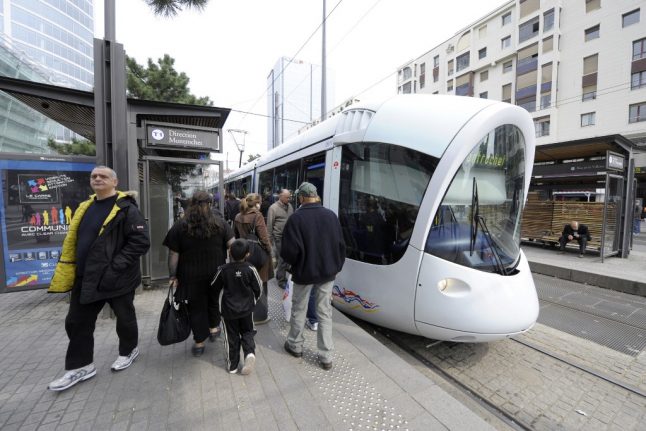 In most parts of France, transport is running as normal. Photo: AFP

Strikes over planned pension reforms have now entered their second month, but in most parts of France you wouldn't even know there was anything happening.

That's because the effects have very largely been concentrated on Paris, as well as the country's rail network.

Here's a look what is happening around the country.

The big impact is still on the country's rail network, so if you're trying to get around by train you will notice the strike. That said, things have improved vastly since the first day of the strike on December 5th when just 10 percent of trains were running.

Now overall about two thirds of the normal services are running and if you are taking the high speed TGV services there's even better news, with 75 percent of services running as normal on January 7th. Some trains are even running virtually empty as people assume there are no services and make other arrangements.

The strikes have also affected international train services, but although the Eurostar is still disrupted, nine out of 10 of the normal services are now running.

The Local is publishing daily updates on the service on the railways – click here for the latest.

Cities other than Paris

In the early days of the strike there was disruption on public transport in many of the country's major cities including Bordeaux, Toulouse, Lyon and Lille.

However this has now ended and, with the exception of a few isolated blockades at bus depots, Metro, tram and bus services in French cities are running as normal.

Olivier, an engineer who lives in the small town of Montbéliard near the Swiss border told Le Parisian: “When I see all the hassles in the transport of Parisians, I tell myself that they're unlucky and that we're lucky and quiet in the provinces.”

Throughout the strike he has only been affected once, when his route home from work was temporarily blocked by demonstrators one night. He said: “It took me 30 minutes to get home instead of the usual 10. For me, it was a tragedy, but for Parisians, that's a laugh.” Trams in Bordeaux are running as normal. Photo: AFP

Over the Christmas holidays some major routes saw more traffic than normal as people took to their cars instead of trains to visit relatives, but in areas outside the greater Paris region, traffic is now largely normal.

Starting on Tuesday, one union has threatened a blockade of a oil refineries, which could lead to shortages at filling stations. However, the French government says it has sufficient reserves and the Prime Minister has ordered local police to disrupt blockades, so it may be that the impact of this is limited.

Flights saw some disruption at the start of the strike, but there has not been any strike delays now since the middle of December. A threatened strike by pilots and air crew for early January was called off after talks between the air crew unions and the government. The French capital is the worst affected by the ongoing strike action. Photo: AFP

The disruption from the strike is now largely concentrated on Paris, but even here things are returning to normal.

The public transport network is still running a greatly reduced service, but all Metro lines have now reopened – albeit most for only part of the day – and trams are running as normal. Even at the very height of the disruption when very few services were running it was noticeable that most Parisians simply shrugged and calmly went about their business.

With at least a skeleton service running on most transport lines, life in the capital now feels normal on most days.

In fact some Parisians are even enjoying waking or cycling to work instead of squeezing on overcrowded Metros.

Through the strike there have been 'protest days' which have seen marchers taking to the streets to show their support for the strike. Turnout on these has fallen sharply since the 800,000 people on day one of the strike, but the demonstrations are still the most visible manifestation of the strike.

The biggest marches are in Paris and the routes – which are published in advance – go through the city centre. The union marches are generally peaceful but some of the demos have attracted masked 'Black Bloc' hooligans who have smashed windows and bus stations and set fire to bins and street furniture.

Although the hooligans only number a couple of dozen, there have been clashes with police which ended in police firing tear gas, as happened near Gare du Nord station on Saturday.

And then the tear gas came… lots of travellers and parents with kids caught up in skirmish… pic.twitter.com/ZYYuK2Td9c

The strikes are sometimes mistakenly described as a 'general strike' so it's important to point out that not everyone is involved by any means. The action is generally concentrated on transport workers, although other groups who have taken shorter strike actions include ballet dancers, teachers, lawyers, postal workers and Paris sanitation workers.

As time has gone on more and more strikers have returned to work, although as French workers are not paid during strikes the return to work does not necessarily mean they no longer support the cause, just that they are struggling after a month with no pay.

Overall less than one percent of the total French population is currently on strike.

French pension strike has now entered 2nd month. But take a look at these numbers

At the start of the strike, 56 percent of French people said they supported what the strikers were trying to do. As time has gone on that support has fallen, but not hugely, and now stands at around 44 percent, according to the most recent Ifop poll.

Interestingly, despite being the most inconvenienced, Parisians actually showed a slightly higher level of support for the strikers than the rest of the country.