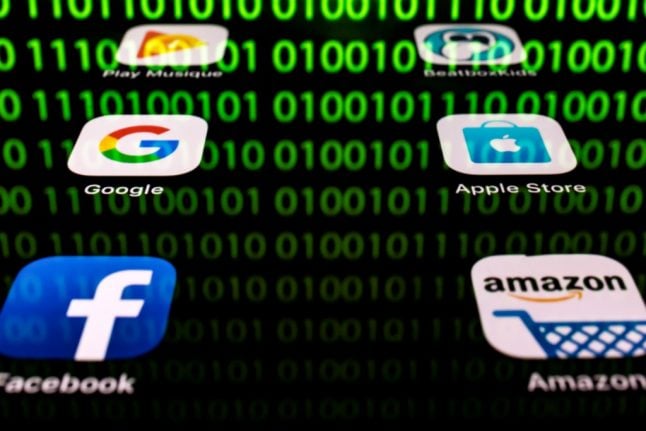 France wants tech companies to pay tax on the money they earn in the country. Photo: AFP

Le Maire said he had a “long discussion” on the telephone on Monday with his US counterpart Steven Mnuchin.

“We have given ourselves exactly 15 days” to solve the issue at the Organisation for Economic Cooperation and Development, Le Maire said, urging Washington not to impose sanctions during this time.

He was speaking at a meeting in Paris with EU Trade Commissioner Phil Hogan, who said the European Union would “stand together with France” in the dispute.

“This trade war is in no one's interest and I call on our American friends to display wisdom, to return to their senses,” Le Maire told France Inter radio.

He said his meeting with Hogan would “study the possibility of commercial retaliation”.

France last year approved a levy on tech firms as international efforts dragged on to find a new model to tax revenues earned via online sales and advertising.

Tech companies pay little in many countries in which they are not physically present.

The levy will see them paying up to three percent of their revenues earned in France.

Washington says US companies such as Google, Apple, Facebook and Amazon have been singled out by the French tax.