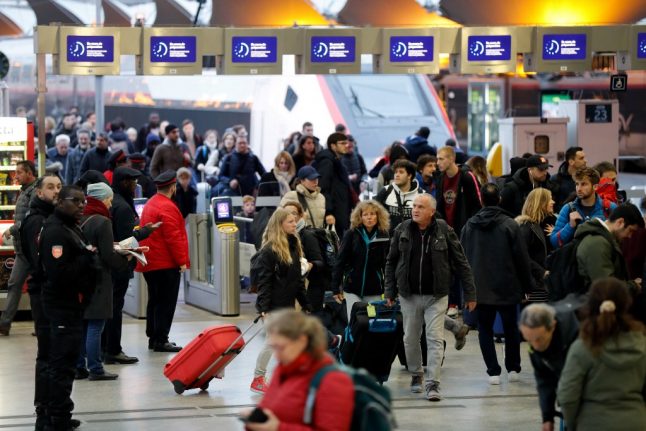 The transport strikes which began over a month ago in protest at planned reforms to the French pension system continued on Monday with unions vowing to battle on despite an apparent fall in public support and a steep drop in the number of strikers.

Monday, January 6th marks the return to work for many in France after the festive season while schools will also open again after the holidays.

In Paris, transport authority RATP said there would be a slight improvement in the level of services compared to last Friday but overall travel around the capital would remain “very disrupted”.

That means all Metro lines are functioning partially on Monday, albeit far from offering a normal service to strike-weary commuters.

However when compared to the first day of the strike on December 5th, when most lines were completely closed, it marks a big improvement.

Line 3bis will operate from 1pm until 6pm.

Many individual Metro stations on these lines remain closed however.

Lines 1 and 14, which are automated, are operating as normal as they have done since the beginning of the strike.

The commuter lines RER A and RER B, which serves the two airports in Paris, are operating but at a reduced level.

READ MORE: What happens next with the strikes in France? There's better news for the trains with “significant improvement” compared to recent days and weeks.

Almost 80 percent of scheduled high-speed TGV trains are running on Monday as well as a similar number of low-cost Ouigo TGV trains.

Regional TER trains are operating about 60 percent of usual services.

SNCF is keen to stress that thousands of tickets are available for TGV and Intercité trains until Wednesday, many at a reduced rate.

The disruption also affects international train lines like the Eurostar, which is running a reduced timetable until January 11th. Cross Channel ferries and the Eurotunnel are not affected and flights are running as normal.

A new poll published on Friday showed a majority of 61 percent of French people still support the strike, although that was five points lower than a December 19th survey, according to pollster Odoxa.

After a month of disruption, French president Emmanuel Macron will on Monday hold his first cabinet meeting of 2020. The following day discussions with union leaders are set to resume, but so far neither side has appeared ready to give much ground.

Unions have called another day of mass demonstrations for Thursday, when teachers, hospital workers and others are expected to join the strike.