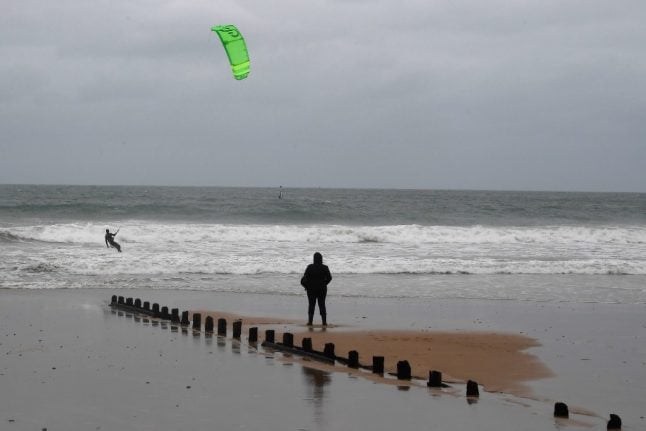 Saint Malo, a popular tourist spot on the coast of Brittany, was among the cities losing out from to the train shortage over the Christmas holidays.Photo: AFP

Hotels and restaurants all over the country suffered heavy losses during the holidays as tourism plummeted over Christmas.

The ongoing strike action against the French government's pension reform plan has been most visible in the railway sector, reducing the country's regular train traffic to a bare minimum for over a month now. As a result, many opted for a stay-at-home vacation fearing train cancellations or severe delays.

“Many chose to stay home because they worried their train would be canceled,” Didier Arino, a tourism specialist from the independent consulting firm Protourism, told Le Parisien.

Across the country restaurants have seen their bookings cut in half on average since the strikes started, according to a press release by the hotel union UMIH (Union des métiers et des industries de l'hôtellerie).

In the southern city Nice, where tourism numbers managed to stay high throughout the holidays, UMIH worried for the months to come.

“We’re still waiting for the reservations for the February carnival to come in in,” Denis Cippolini, President of UMIH, told Le Parisien.

In the northern French city of Lille, the hotel business saw its income fall by 20 percent on average since the strikes began on December 5th, according to French newspaper Le Parisien.

A little further east, a hotel in Rouen reported a 30 percent loss in December.

“The strike is having a stronger impact on us than the Lubrizol plant fire,” one of the managers of Hotel de l’Europe told the newspaper. The giant chemical factory blaze that wrapped Rouen in soot and smog has caused anguish in the former capital of Normandy, its long-term health impacts still under question.

Saint-Malo, the popular tourist town situated on the coastal edge of the northwestern region Brittany, was also hit by last-minute cancellations this Christmas.

READ ALSO: Should I cancel my trip to Paris because of the French strikes? Saint-Malo is a popular tourist spot in France, famous for its crêpes and fresh seafood. Photo AFP

Unions in France are striking to protest the government's planned pension reform. The standoff over the government's plan to merge 42 pension schemes into a single, points-based system has seen workers at the state-owned SNCF railway company and Paris' RATP public transport operator taking strike action since December 5th.

Government ministers and unions began talks in the week before Christmas, but with no compromise agreed, both parties took a break over the holidays. Talks resume on January 7th, but there is currently no immediate end in sight.

Read more about the key dates that determine what happens next in the French strike saga here. The ongoing strike action against the French government's pension reform plan has caused chaotic scenes on train stations in the country since it began on December 5th. Photo: AFP

Another factor that played a role in decreasing the number of tourists this Christmas was money, according to the Protourism agency.

Those taking part in the strike since the beginning have lost out on a month's worth of salary, while some of the people affected by the strike have spent their holiday money on babysitters when schools closed during teacher’s strikes. Others used up their holiday days to stay home during the strikes.

This was the second year in a row that the French tourism business was caught in the crossfire between a social movement and the government. Last year the ‘yellow vest’ movement, with its occasionally violent Saturday protests, caused a drop in the number of tourists visiting the country.

Brexit has also negatively impacted the tourism business, with the weakening of the British pound leading to fewer Brits crossing the channel during the holidays.