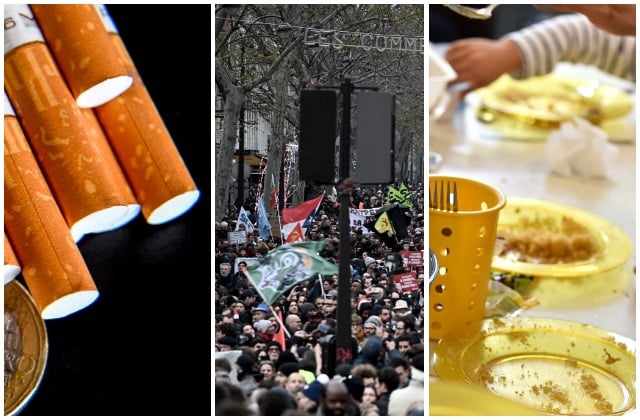 France's minimum wage, or SMIC as it's called in French, is set to increase by 1.2 percent this January (following a 1.5 percent hike last year).

For 2.3 million people, this €15 bump on their monthly pay-check amounts to a €173 annual salary increase.

The increase is the result of an annual automatic price adaptation based on the country's inflation level.

Starting in January, 80 percent of French households will be exempt from paying what is known as taxe d’habitation, the tax paid by householders. The remaining 20 percent will also see their tax phased out over the course of the next couple of years.

This tax is different from taxe foncière, which is paid by property owners. Read more about the two taxes and who pays them here.

Gas prices will fall on average by 0.9 percent on January 1st, following a total decrease of about 12 percent over the course of 2019.

As for electricity prices, they remain unchanged for January, but could increase in the coming months, according to Le Parisien.

With no immediate solution in sight, French unions will continue their ongoing strike action in January.

The government and the unions, who exchanged bitter accusations over the holidays, resume talks on January 7th. The next big protest day falls on January 9th.

Read all of our latest strike coverage here.

READ ALSO French strikers say 'If we give in now, we will have lost everything' As we enter the new year, there is no immediate solution in sight for the strikes that have nearly paralysed France's public transport sector since December 5th 2019. Photo: AFP

Following the government's effort to slim down domestic plastic consumption, Q-tips feature among the first items to be banned from store shelves. Plastic cups and plates also join the January 1st blacklist. More items will follow suit as the government implements its plastic ban plan.

Smoking gets slightly more expensive as the price of a regular 20-cigarette pack increases from €9,10 to €9,20. The French Health Ministry is working towards a set goal of €10 a pack. The social security pension cap will increase slightly, from €3,377 a month in 2019 to €3,428 in 2020. This pension concerns people on sick-leave, who have suffered a work accident or who are on maternity leave. The pension cap is calculated each year to set a fixed limit of maximum social services benefits.

Starting January 2020, the reform known as 100 % santé ('100 percent health') enters into force, meaning certain kinds of glasses will be completely reimbursed by the French social security.

Following a justice reform enacted in March, the French justice sector will merge into one 'single door entry' system – a reorganisation effort that is contested by French lawyers and judges.

Although this is the fourth time that we have included Brexit in The Local's monthly round-up, so we'll see.