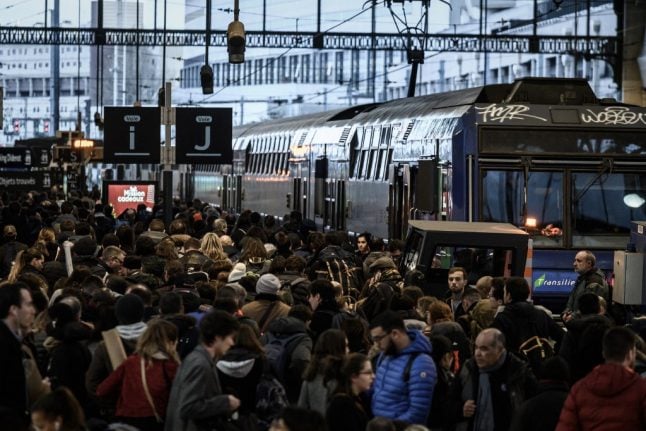 Mass transportation strikes in France have entered their second month, becoming the country's longest continuous railway strike, and there is still no immediate end in sight.

The standoff over the government's plan to merge 42 pension schemes into a single, points-based system has seen workers at the state-owned SNCF railway company and Paris' RATP public transport operator taking strike action since December 5th.

How long will it go on for and what will happen next? The answers to those questions depend very much on what happens on these key dates

Government ministers and unions began talks in the week before Christmas, but with no compromise agreed, both parties took a break over the holidays.

The talks will now restart on Tuesday and are expected to focus on two key points – the proposed retirement 'pivot' age and concessions for people with demanding jobs to retire earlier.

The government's basic premise is to scrap all the 'special regimes' that allow some public sector workers to retire earlier than the legal retirement age of 62.The proposals do have some provisions for early retirement for people in physically strenuous jobs such as firefighters and soldiers, but unions are pushing for more exemptions for people with difficult working conditions such as regular shift work.

The other hot topic is the proposed 'pivot' age, which would see workers having to continue their jobs until the age of 64 to earn a full pension. The moderate CFDT union has said it is prepared to accept the pension reforms and go back to work, but only if the pivot age is scrapped.

READ ALSO French strikers say 'If we give in now, we will have lost everything' The French government and the unions did not manage to negotiate a Christmas truce. Can they compromise when talks resume in January? Photo: AFP

Also on Tuesday, the hardline CGT union has called for a blockade of oil refineries from January 7th to 10th in its determination to bring the country to a halt.

In the past such blockades have led to fuel stations across the country running dry.

Deputy Economy Minister Agnes Pannier-Runacher warned last week that such action would be “illegal” but the CGT are at present showing no signs of backing down.

Unions are calling for all French people to join the strike movement on Thursday for another big round of strike actions and national protests. There will be protest marches in Paris and in the other big cities.

Unions will be hoping for an even bigger turnout to keep the pressure on the government.

Many schools will likely close on January 9th as teachers once again down tools. Flights may also be affected with air traffic controllers having also joined the movement on the main protest days in December.

READ ALSO: Don't ask 'why are the French always striking' but look at what the strikers have achieved The joint union group has called for more strikes and street protests across the country on Saturday, January 11th.

This will be a real crunch week for the French government. Heads of the relevant ministries will meet with their respective unions for talks to pin down the final details of the bill.

A big question is what concessions will be made and to whom. The government has already said it is open to including exceptions for several professional groups, both regarding the implementation of the new regime and the transition period at the end of their careers.

The government has said it will also delayed the implementation of the new pension scheme to only affect people born after 1975.

This is the day when the final law proposal will be presented in front of the Council of Ministers.

President Emmanuel Macron said in his New Year’s Eve speech that he was hoping for a “quick compromise (..) with the unions” in order to keep the tight schedule.

If all goes according to plan, the Parliament will receive the proposal at the end of February.