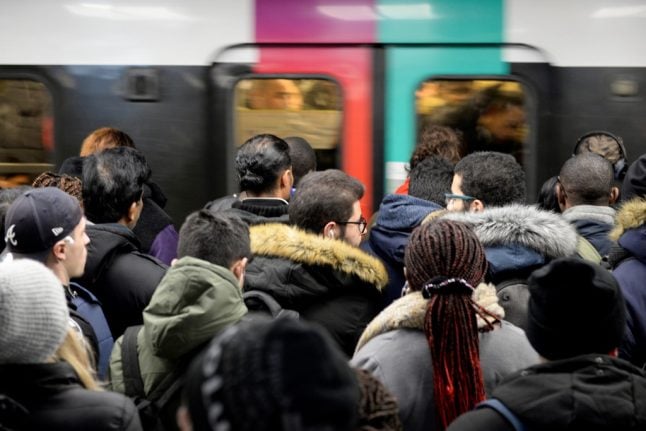 The transport strikes in France entered their 29th consecutive day on Thursday – a record for rail strikes in the country. Here's the latest outlook.

In Paris, the automatic Metro lines 1 and 14 were operating as usual.

For the first time since the strike started nearly all lines were running with limited services during rush hour times, but with several stations closed. Only line 7bis will remain completely shut all day.

On the RER suburban trains there were fewer services than normal.

Traffic on RER B, which connects Paris to its two airports, was severely disrupted.

Between 9.30am and 4.30pm one out of three trains would be running. On the northern end, which leads to the airport Charles de Gaulle, one out of three trains were running, but traffic is interrupted at the Gare du Nord station, meaning passengers had to change trains to head to the airport.

As for the buses on Ile-de-France region, there will be three out of four running all through the day on average. Trams would operate largely as usual.

There was also a slight improvement in the number of TGVs running, with the SNCF announcing 1 out of 2 TGVs were operating on Thursday.

Three out of 10 Transilien trains which serve the Paris region, five out of 10 TERs and one out of two Intercité trains were running on Thursday.

For those travelling on the Eurostar, traffic is nearly back to normal with nine out of 10 trains running.

The mass transportation strikes have been running in France since December 5th.

As talks between the government and the unions will continue on January 7th, people depending on French public transport can expect continued problems for the coming days.

Unions have vowed to carry on until the government backdowns.

French workers' unions are striking to protest the government’s proposed pension reform, which they fear will make people work longer and for smaller pension pots.

The government says an overhaul of the country’s complex pension system is desperately needed.

On New Year’s Eve, President Emmanuel Macron announce that he would not back down, but continue in his bid to push the reform through.