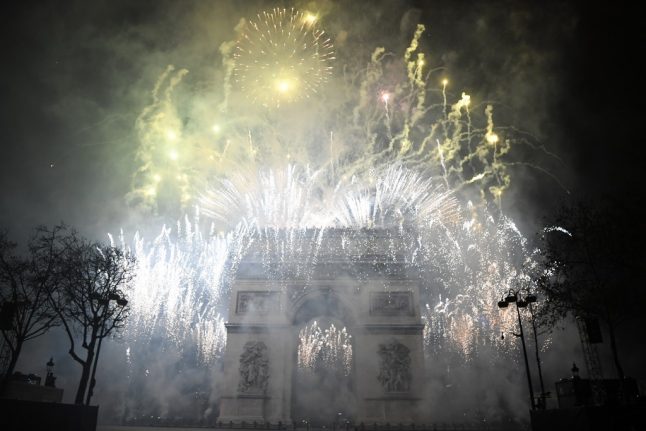 How to get about

First things first, let's deal with the practicalities. Normally on December 31st public transport including the Paris Metro runs all night, to allow New Year revellers to really make the most of the night.

This year, however, due to ongoing transport strikes in France over proposed changes to the country's pension system, that will not be possible.

Instead lines 1 and 14 – which are automated – will be running later than usual, to allow people to see in the New Year before heading home. The last departures from the terminus stations will be at 1.45am and the final arrival will be at 2.15am.

Some tram lines will be running all night though – lines 2, 3a and 3b will run all night. The night bus service will also be boosted, says city transport bosses RATP, so if you're planning an early hours return home, the bus light be your best option.

Of course taxis will be running as normal if you can find one, as will ride-hailing apps like Uber, although as their fares are based on demand you might need to brace yourself for some steep costs.

Depending on where you end up, walking might be your best option.

As capital cities go Paris is pretty compact – just 9km from east to west – so this year it might be wise to sacrifice fashion for comfort and stick on some practical shoes in case you need to hike home.

On the plus side, the weather is forecast to be cold but fair, so you are unlikely to get rained on.

So with the practicalities out of the way, where should you go to say farewell to 2019?

Fireworks will be let off on the Champs-Elysées at midnight. While there are plenty of 'exclusive' parties that will charge you a small fortune to watch, the great thing about fireworks is that you can really see them from anywhere.

If you don't have a friend with a handy balcony or roof garden, why not head down to the Champs-Elysées to soak up the atmosphere?

The City of Paris is putting together a New Year celebration that involves images being projected onto the Arc de Triomphe, as well as fireworks.

There will apparently be 2,700 fireworks let off during the short but spectacular display, and around 25,000 people are expected to be on the Champs-Elysées to see them.

The event is free and starts at 9pm with a DJ set, while the illuminations begin at 11.20pm and there is no need to book in advance.

If you're feeling lazy though, it's also televised so you could just catch the atmosphere from the comfort of your own sofa with a nice bottle of wine.

Many revellers also traditionally head to Champ-de-Mars, Eiffel Tower, Trocadéro area of Paris to take in New Year even though no official event has been organised.