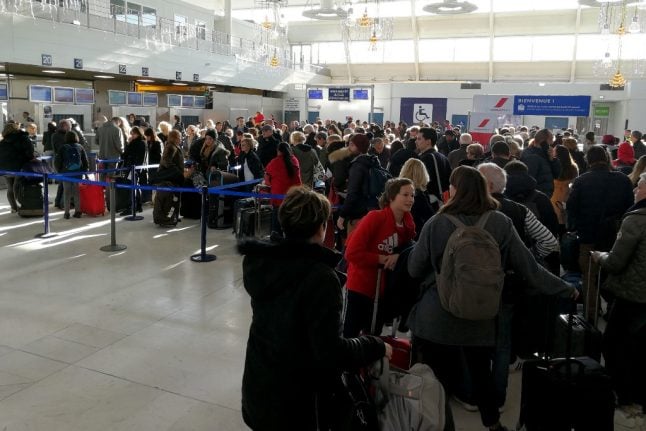 The SNPL union, the largest union representing French pilots and air crew, has announced that after talks with the government, its members will no longer be walking out from January 3rd, as had previously been threatened.

So far, air crews have not taken part in the mass transportation strikes that have hit France since December 5th, although some ground crew and air traffic controllers joined the first few days of the strike.

Unions representing air crew and pilots had been conducting separate talks with the French government over the proposed reform to the French pension system.

It was reported that the scrapping of regimes that allowed air crew to retire earlier than 62 was a particular concern.

Just before Christmas, union leaders announced that unless significant progress was made, their members would be taking part in unlimited strike action running from January 3rd.

However the SNPL union, which has the biggest membership among pilots, has now called off the strike action.

The concessions the government offered are reported to be around retirement age – with pilots still able to retire at 60 and a later introduction of the new scheme for cabin crew, so that anyone born before 1987 can continue to retire at the age of 55.

These among several overtures the government has made to unions on the subject of the proposed reforms.

The thrust of the government's proposal is to replace France's current highly complicated pension system, with 42 different regimes for different professions, with one universal system that offers the same retirement and the same pension calculation formula to everyone.

This would do away with the 'special regimes' which offer early retirement and a generous pension pot and which are particularly common in the public sector.

Concessions have also been offered to ballet dancers, who were on strike, about the implementation of the new regime and transition period at the end of their careers.

The government has also delayed the implementation of the new scheme, so it now only affects people born after 1975.

The strikes are now the longest mass transportation strikes since in France since the 1980s, overtaking the three weeks of industrial action that hit the country in 1995, also over pension reform. In that case after three weeks of strikes the government withdrew its pension proposals.