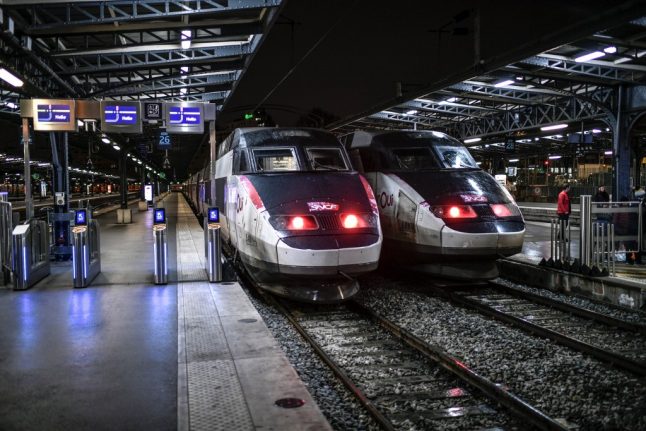 “Services will be greatly reduced this Sunday December 29 on the métro and RER, RATP networks,” reads the following tweet by Paris public transport group RATP.

On the Metro only lines 1 and 14 – which are automated – services are running as normal on Sunday.

On line 8 traffic will be normal in the morning but in the afternoon only 1 in every 2 services will be operational.

As for Paris buses, 2 out of every 3 services will be available on Sunday.

On RER line A, trains from Cergy will be prolonged from Nanterre P. to La Défense from 8.30am to 11pm.

From 8am to 6pm, there will be trains every 30 minutes between Nation and MLV/Chessy. After 6pm services will stop.

All this travel disruption comes after a Saturday of protests and ongoing transport strike chaos in Paris and across the country which we reported on as follows.

With the prospect of a seasonal truce ruled out, unions are stepping up the pressure with another day of protests planned on Saturday.

Philippe Martinez, secretary general of the hardline CGT union, struck a defiant note when he visited a picket at a bus depot on Friday.

Since the strikes began on December 5th there have been four 'protest days' when striking workers took to the streets to show their commitment.

Although numbers have fallen since 800,000 marched on the first day of the strikes, a demo held on December 17th in Paris still attracted tens of thousands of people.

READ ALSO French strikers determined to carry on: 'If we give in now, we will have lost everything'

So here's what is planned for Saturday.

There will be a big demonstration in Paris, setting off from Gare du Nord at 11am and snaking through the city centre before ending up at Châtelet. Police have not this time ordered the closure of shops and restaurants along the demonstration route, as they did for previous demos where they had received intelligence that Black Bloc hooligans were planning to cause trouble.

Also in Paris on Saturday is a planned 'yellow vest' protest, although in recent months these have been attracting barely a couple of hundred people. The 'yellow vests' are, as usual, banned from holding protests on the Champs-Elysées.

Previous strike marches have been generally well ordered, but a few dozen trouble makers have sparked conflict with the police, so the march route may be best avoided unless you particularly like the burning sensation of breathing in tear gas.

Across the country the strike action – now in its fourth week and the longest unlimited action in France since the 1980s – continues and services on public transport will again be limited.

On the railways, SNCF says 6 out of 10 of the normal high-speed TGV services are running on Saturday, along with seven in 10 of the usual budget Ouigo services.

Local lines are more disrupted with one in five suburban Transilien trains, three in 10 Intercité and three in 10 trains on the local TER routes.

The service for Sunday is expected to be largely the same as above.

International services like the Eurostar are also affected. Eurostar has already published a limited timetable on its website, running up to December 31st.

The roads are also predicted to be busy as French families take to their cars for holiday travel. Saturday has been declared an 'orange day' – meaning heavy traffic all over – by motoring organisation Bison Futé.

In Paris public transport will again be badly affected.

During the strike the city's RATP transport bosses have generally sacrificed weekend services in order to keep as many commuter services as possible running during the week.

On the Metro only lines 1 and 14 – which are automated – are running as normal on Saturday.

Lines 3a, 3b, 7 and 8 are running all day but with fewer services than normal and lines 2, 5 and 6 are running as normal.

Full details for Sunday services in Paris will be published at 5pm on Saturday, but if it follows the pattern of previous Sundays there will be very few services indeed with the majority of Metro lines closed.

There are no predicted flight disruptions and Eurotunnel's Le Shuttle service is running as normal.

RATP has also published details in advance of services on New Year's Eve. Normally on the night of December 31st services run all night in Paris, to allow New Year revellers to get home.

However this year that will not be possible on the Metro, with only lines 1 and 14 running until 2.15am.

Trams 2, 3a and 3b will run all night and there will be a limited all-night bus service.