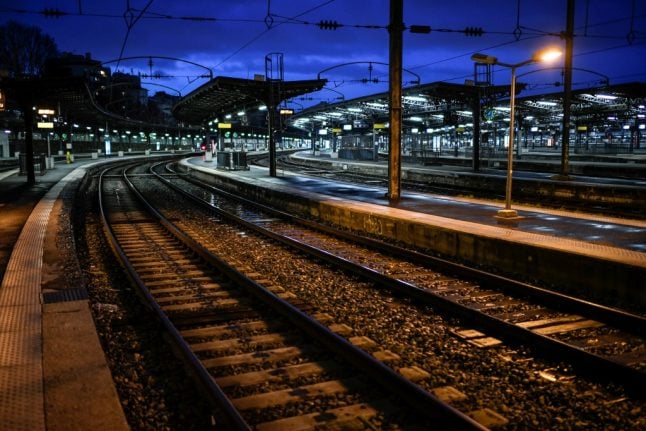 A lack of public transport has forced people to adapt. Photo: AFP

The ongoing strikes – called in protest at the government's plans for pension reform – have caused a lot of disruption and altered or cancelled plans. But as the industrial action enters its third week with no immediate end in sight people are starting to adapt.

Particularly in Paris, where the city's public transport has been very heavily disrupted since December 5th, some unexpected consequences are emerging.

READ ALSO Is a deal in sight between French government and striking workers? Many more people have taken to cycling to work. Photo: AFP

1. People are getting more exercise

With many Metro lines not running at all and the ones that are frequently being extremely crowded people are taking to alternative modes of transport, particularly cycling. Bikes – both privately owned and from the city's Vélib' bike hire scheme – have seen a massive spike in popularity during the strike and cycle lanes are getting their own traffic jams with the level of use.

And although it started as an inconvenience, some people are finding they are actually enjoying walking or cycling to work and getting a bit more exercise.

French GP Dr François Baumann told French media: “Exercise is essential, you have to spend some time of your day moving your body. Transport adaptations, forced by the strike, can lead to new lifestyle habits.”

Paris has been investing in a major new network of cycle paths in an attempt to tempt the city's inhabitants out of their cars, so city bosses will be hoping that at least some people stick to the bike even after the strike ends.

Good times for bike shops and repair centres too.

2. Women are ditching the high heels

On a related note, women throughout the city are apparently ditching their high heels in favour of trainers and flat boots more appropriate to walking several kilometres a day.

Paris may be the home of haute-couture and designer footwear, but these women told French newspaper Le Parisien that they are digging out their comfiest shoes or even buying new walking shoes.

So presumably a good time for the city's cobblers too

Many shops and restaurants, particularly those in the city centre, are struggling for trade.

A lot of tourists have cancelled trips at what is usually one the busiest times of the year for Paris and with many Metro lines running rush-hour only services locals are not keen on straying too far from home.

But this has provided a bit of a boost for local shops and bars, especially in the banlieues, as people stay within walking distance of home for a restorative drink after a hard day.

4. It's Christmas for pickpockets

A rather less welcome side effect of the strikes is an apparent rise in pickpocketing.

The skeleton bus, metro and RER services that are running are frequently packed, and with passengers jammed in like sardines it makes them an easy target for pickpockets. One Paris police precinct reported a 30 percent rise in reports of pickpocketing since the beginning of the strike.

Extra officers have been dispatched to key stations such as Gare du Nord and Chatelet, both of which have seen massive crowds of people waiting for services since the strikes began.

Probably the worst affected by the transport strikes are those who live in the further out suburbs of Paris who have no choice but to either walk for two hours or more or rely on the scarce and extremely crowded services that are running https://t.co/PBCDMHZ1WQ

OK, so Parisian drivers didn't exactly have the best reputation here anyway, but there has been a definite uptick in road rage incidents since the strikes began.

And it's not hard to see why, as traffic jams totalling 500km-600km are regularly reported in the greater Paris area during rush hour. With walking or cycling often not an option for those living in further suburbs, many are resorting to the car to commute, with the result that Paris' generally pretty bad traffic is worse than ever.

Add to the mix lots of cyclists – some of them still a bit wobbly and getting the hang of things – and the fuse of the average Paris driver is getting shorter by the day.

Day 13 of Metro strikes in Paris and there are more and more people on bikes. “ç'est la jungle ici,” said one cyclist at this busy junction in the 10th. France Info reported a 40 percent rise in accidents involving cyclists in Paris since the strikes began. #17decembre2019 pic.twitter.com/UGBjcwIftY