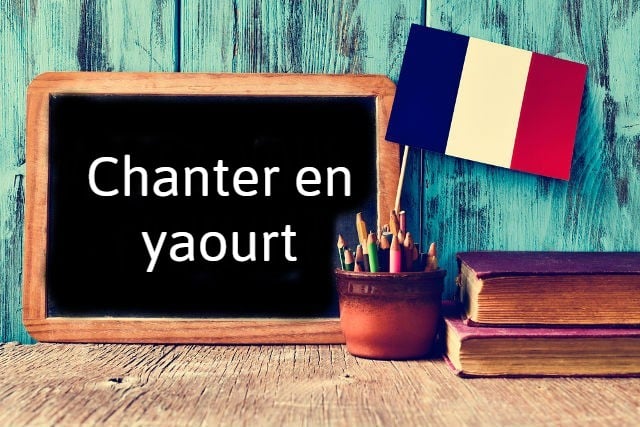 Why do I need to know Chanter en yaourt?
As it's a festive time of the year with the odd party and celebration you might find yourself having to do a bit of this, if you're not quite up to speed with all aspects of French tradition and culture.
What does it mean?
Its literal translation means 'sing in yoghurt' but fortunately no actual dairy products are involved in this.
If you've ever been in a situation where everyone around you is singing lustily along to a song that you don't know the words of, you might find yourself tempted to sing in yoghurt.
The phrase means the process of trying to sing along, but without words. Its dictionary definition is “a technique that consists of singing while producing sounds, onomatopoeias, syllables that make you think it is a real language.”
Mes beaux-parents nous ont fait chanter tous ces chants de Noël français traditionnels, mais je ne connaissais pas les paroles, alors j'ai chanté en yaourt – My in-laws made us sing all these traditional French Christmas songs, but I didn't know the words, so I just sang in yoghurt.
Or if you're the one at the France match singing “Allons, enfants le la Patrie, ne ner ne neer, de de la aaa” you are also singing in yoghurt.
Not quite singing, but along the same lines is this clip from the 1998 World Cup, when then-president Jacques Chirac was filmed attempting to shout along with the players' names, while quite clearly not knowing any of their names.
Apparently he was more of a Sumo enthusiast than a football fan.

if you've never seen this before – at the '98 world cup Chirac was filmed trying to shout the names of all the football players while not actually knowing their names, it's extremely good: https://t.co/frAOmqfeF7