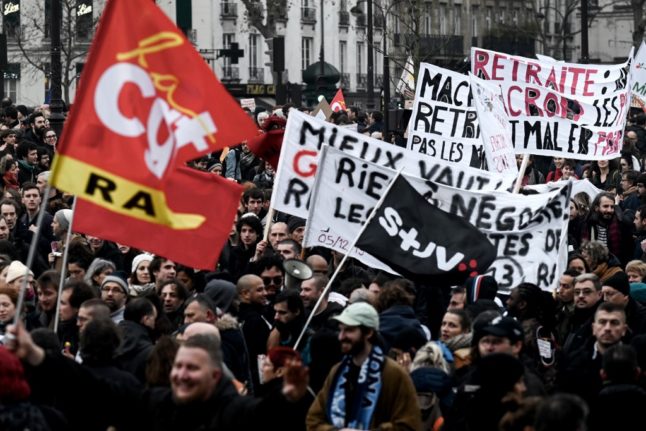 So why is France always fired up? Blame malaise. https://t.co/1YVIOtGHvJ

And it's true that French workers have it pretty good compared to many of their international comrades.

University education, while not completely free, is certainly cheap by UK or US standards and although the famous 35-hour week doesn't apply to everyone in France by any means, the country does generally spend fewer hours at work than many other nations.

READ ALSO How good do French workers really have it? Strikes have caused major disruption to transport across France, but the majority of French people still support the strikers. Photo: AFP

But as many people pointed out to the LA Times, these rights and benefits did not fall from the sky fully formed, they were fought for over the years by many groups including French trade unions.

“You cannot understand France today without understanding the French revolution,” Bruno Cautres, a political scientist from the think tank Cevipof told The Local.

So maybe the question makes more sense when asked the other way round – is it because French workers are prepared to consistently fight for their rights that they have won and retained such an enviable set of social protections?

That would certainly be the opinion of France's unions, whose mantra when asked about the inconvenience caused by strikes is that nothing is ever given for free and the rights that French people enjoy have all been fought for, often through the medium of strikes.

Unions in France have low membership – only about eight percent of the population are members of a union – but they wield great power.

Under French law they play a role in running the country's health and social security system and in big companies union members represent all employees on powerful work councils that have a say in company matters.

The government knows that in certain sectors like transport, energy and education the unions can – and will – bring large parts of the country to a virtual standstill.

“Striking is the only means to obtain social progress in this country,” Benjamin Amar, political spokesman for the hardline CGT union told The Local.

“You have to use a bit of strong arming,” he said.

French workers are also in general quite well aware that they have better social protections and benefits than many other workers, and some look to countries like the UK and the US as a cautionary tale.

On learning that The Local has many British readers, Amar added: “British workers know what we're talking about. [Former British Prime Minister Margaret] Thatcher broke down the unions, and who is defending their rights now? No one.”

In December 2019 and January 2020, France saw mass strikes over pensions, and here again French workers get a good deal compared to other countries, with the legal retirement age of 62 one of the lowest in the OECD while “special regimes” for some workers allow them to retire even earlier.

The average retirement age in France is 60 and it is thought that this, along with the excellent healthcare, is one of the major factors in the long life expectancy that French people also enjoy.

Whenever a French government attempts to reform pensions it inevitably leads to strikes and street protests.

In 1995 an attempt to push through pension reform led to three weeks of strikes that paralysed the country before the government eventually backed down.

In 2010 former president Nicolas Sarkozy's plan to raise the official retirement age from 60 to 62 prompted hundreds of thousands to repeatedly take to the streets. Sarkozy managed to get his reform through and claimed to have saved the French pension system. But pension reform always spells trouble in France.

And this may explain both the general support that the mass transportation strikes saw from the general population – about 54 percent of the country supported the strikers in polls – and the tolerant attitude from many of the people affected by the strikes.

He told The Local that if unions have played an important role in securing social progress in France, it is in large part thanks to what he called ‘the French free-rider phenomenon’. “A lot of people take part in strikes 'par procuration',” he said – they aren't themselves striking, but they support those who do.

“We saw it in 1995,” added Cautres, who teaches at the Paris Campus of the Sciences Po University.

While France is the country with the highest number of trade unions but the lowest percentage of union membership, this does not however reflect the public opinion of unions, Cautres said.

Research by the CEVIPOF think-tank has shown that French people largely support the unions, recognising that they have played an important role historically in securing social progress.

“Our research shows that more than half of the population say they are ready to protest in order to obtain social progress, which is high compared to other countries.

“But there is no French genome that makes us revolutionary,” he added.

Instead, he believes that the real reason as to why the French tend to strike more can be traced to the “weakness of the French state”.

“Our institutions are poorly equipped for solving ideological conflicts,” he said.

“We saw that during the ‘yellow vest’ crisis and during the national consultation known as the “grand débat”.

Cautres said that the ‘yellow vest’ movement also increased the goodwill towards the French unions as, contrary to the ‘yellow vests’ protests, things go down calmly when the unions take to the streets.

“People are happy about the unions’ return because they see that there isn’t any violence,” he said.

Lex Paulson, an American attorney and professor at the Sciences Po University’s Paris’ campus who moved to Paris eight years ago to “escape US politics,” said he thought the quality of the French public service system in general was “very high,” but that the system was “difficult to reform.”

“The health care is infinitely better than the US,” he said.

This is in large part thanks to the unions, who Paulson said had played a “critical and indispensable” role in the past in securing the French social services.

But, he added, their tactics were now outdated.

“They’ re living in the past. [Unions] need better methods, not just copy what their grandparents did.

“Transport strikes in Paris are as old and traditionally French as it gets. It goes back to the Republican culture and the French idea of being a revolutionary country.

“But it's old and outdated. Unlike the ‘yellow vests’ who actually represented something new and therefore managed to push the conversation along.” 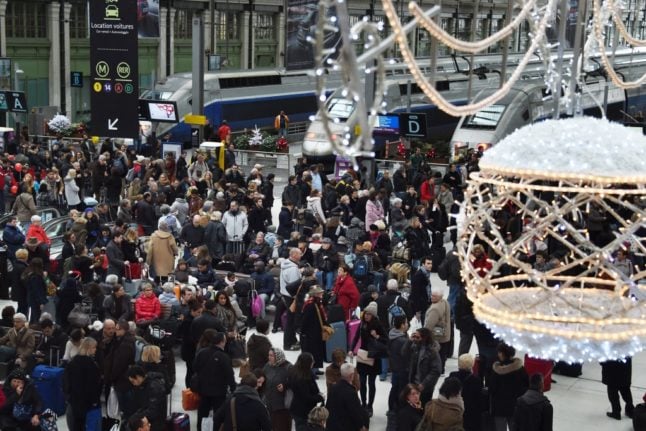 TRAVEL NEWS
Strikes, prices and services – what you need to know about Christmas travel to France 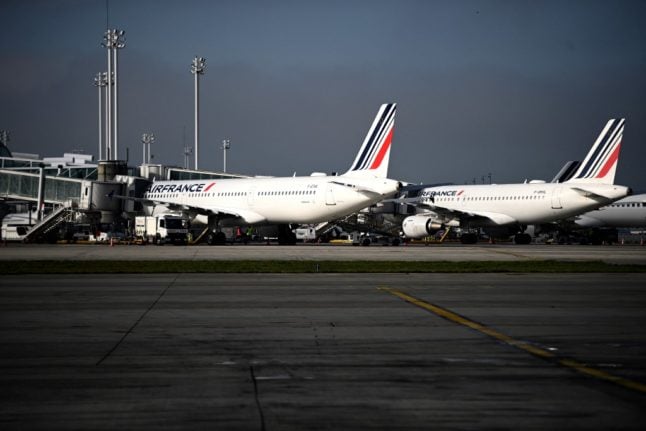