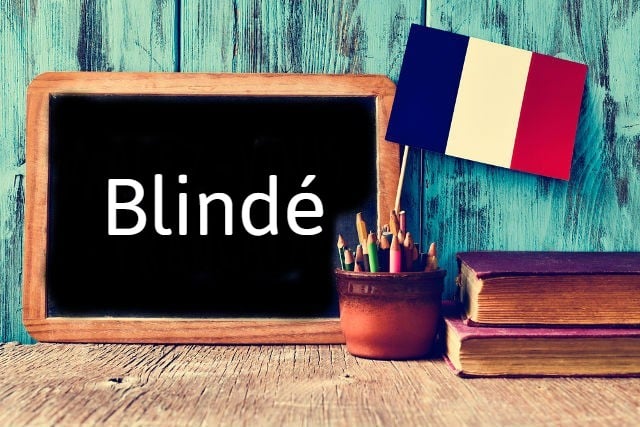 Why do I need to know blindé?

If you use it wrongly it could have decisive impact on everyone's holiday expectations.

If you say je suis blindé, a slang expression, you are claiming to be ‘filthy rich’, ‘made of money’ or just ‘loaded’.

A popular expression among French rappers, blindé features in the book Tout l’argot des banlieues, (All the Banlieue Slang), for example in the famous rapper Orelsan's song Si seul, (So alone).

It's a pretty informal expression, so use it in a young crowd or among friends.

C’est moi qui prends les shots, on vient de me payer et je suis blindé de thunes! – Shots are on me, I just got paid and I’m loaded with cash!

By now you have probably understood that dropping blindé in front of French speaking kids could radically change their expectations for the size of the gifts underneath the Christmas tree. If you want to damage control, you could say:

Faut pas exagérer, papa n'est pas blindé quand même – Don't get your hopes up too high, dad's not made of money you know!

Other than the more obvious riche, there are several other, less colloquial ways of saying that someone has a lot of money.

Aisé is often used as a term to describe those ‘better-off’, for example when talking about the wealthier part of the population in socio-economic terms.

There is also fortuné and opulent, or rupin (which means ‘posh' or 'plushy').

Of the less formal ones, you have friqué, huppé, bourré (drunk with money) or calé. All mean having (more than) enough to fill your needs.

Blindé has other meanings in addition to 'loaded'. For example, it is commonly used to describe that something is full.

It can also mean that you yourself are full, like full of food or alcohol:

On a bu tellement de vin hier soir, je suis rentré chez moi complètement blindé – We had so much wine last night, I was completely drunk when I got home.