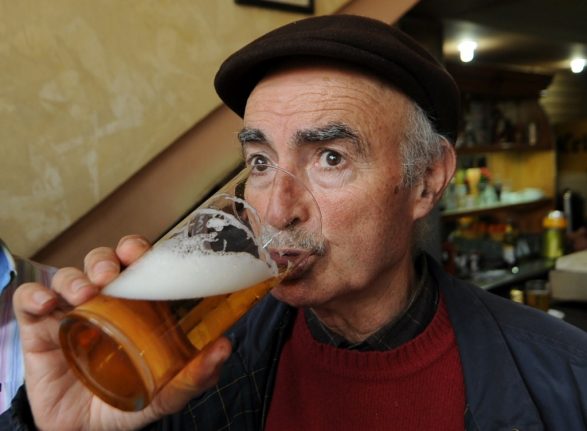 Don't believe what you hear about people in the French regions. Photo: AFP

Just as Brits are convinced that everyone from Yorkshire is stingy (they prefer 'careful') and Americans think New Yorkers are rude, uptight snobs, the French have their own widespread stereotypes that you will hear peddled about the inhabitants of the various regions. Spoiler alert: some of them do contain a grain of truth.

Bretons are stubborn and proud

They are particularly stubborn

FALSE – They do have the reputation of being obstinate, mostly because they initiated many revolts against those in power over the centuries.

If the cliché is still going strong today, this is mainly because of the expression 'Têtu comme un Breton' – as stubborn as a Breton. Yet there is no proof they actually are more single-minded than other people in France.

TRUE – This might indeed be true, and it's certainly the case that a fair proportion of people from Brittany can go on for days proudly explaining why their region is the best that ever was. A Breton could look at you dead in the eye and tell you that En Bretagne, il ne pleut que sur les cons – In Brittany, it is only raining on morons, while there clearly is a storm brewing.

Toulouse people are always late and all they eat is cassoulet

They are always late

TRUE – Many Toulousians do indeed tend not to be on time quite frequently. An expression was even coined up to describe this lateness: le quart d'heure toulousain – the Toulousian quarter of hour, used to describe the fifteen minutes delay between the arranged time and the actual meeting time.

Rumor has it those who are always on time are not real Toulousians, so enjoy and slow down for a while!

They only eat cassoulet

FALSE – While this is an iconic meal, a real Toulouse inhabitant probably eats cassoulet twice a year at the very most. If they will gladly share a cassoulet during family events every once in a while, this is kind of considered as a meal for tourists, especially during the summer months.

Picardians and people from the North are inbred alcoholics

Natives of the Nord are inbred

FALSE – A common joke in France is to say many people from Nord-Pas-de-Calais and Picardie are inbred and therefore ugly, though there are no figures showing this is the case more than anywhere else in France.

The spreading of this cliche may be due to a largely media-covered incident during a Lens – Paris Saint-Germain football game, back in 2008. Parisians supporters held a banner which read 'Pédophiles, chômeurs et consanguins: bienvenue chez les Ch'tis' – Pedophiles, unemployed and inbreds: welcome to the Ch'tis'. Ch'ti is a common nickname for people from the North. Five of those supporters were arrested.

Since then, inhabitants from the North had a sweet revenge on this stereotype: three women from the region were elected Miss France in the span of four years.


The northern areas of France supplied three Miss France winners in four years, so clearly they're not all ugly. Photo: AFP

People living there are all alcoholics.

FALSE – Compared to the rest of the country, it is true there are more regular drinkers in the Hauts-de-France – which comprises Nord-Pas-de-Calais and Picardie – but also more teetotallers. The younger generation plays a role in knocking down this belief as well: teenagers under 17 drink less than anywhere else in the country.

Why the cliché then? The region holds the sad record of people dying from cirrhosis, twice as much as the national average.

People from Marseille are always exaggerating and women there are trashy

They are always exaggerating

TRUE – Marseille's inhabitants do tend to overemphasise things as a general rule, from the number of people in a crowd to the time they waited to see a doctor. Their Mediterranean heritage surely contributes, but there may be another reason for this local habit.

There is a well-known story in the city which recounts the time a sardine clogged the city's harbor. It was actually a ship named Sartine which sank just before entering the Vieux-Port, but the grapevine turned it into sardine. This contributed to the collective idea that people from Marseille having a tendency to amplify events.

Women from Marseille are trashy

FALSE – A very common stereotype is to believe women living there are trashy. While most people are tastefully dressed, it's true that some of them do wear what may be seen as tasteless pink and leopard-print clothes and flashy jewelry. French people even have a word for them: they are called cagoles.

A cagole is quite a pejorative term. It is often used in comedy shows parodying the Marseille accent though, so this is probably where the generalisation comes from.

Parisians are stylish and always sulking

They are all very stylish

FALSE – Because of the mythical Parisienne look and all the high-end fashion houses based in the capital, many people from other regions have the tendency to believe Parisians have an innate sense of style.

Well, while some of them are indeed extremely stylish, you may be disappointed to find out all Parisians do not meet this 24/7 class and style ideal which has been conveyed for decades. Many locals would even dream of getting rid of this folklore, especially during the Fashion Week mayhem.

They are always sulking

HALF TRUE – Unless you find them in a particularly good day, Parisians do seem to be pulling a long face every time you run into them. But the local will mostly be moody on public transport and when brisk walking the streets of Paris – basically, the Parisian is grumpy when rushing from point A to point B.

However, if you take some time to observe them on terraces and in parks on weeknights and over the weekend, they can be as smiling and relaxed as any other French people.


Using the Paris Metro does require a certain forcefulness of character, so maybe this is where the idea of the grumpy Parisian comes from? Photo: AFP

Auvergnats only eat cheese and are penny-pinching

They only eat cheese-based meals.

FALSE – When you are branded as kings of the aligot – a specialty dish made of mashed potatoes mixed with butter and loads of cheese – and produce a trademark French cheese such as the Bleu d'Auvergne, it is quite understandable for people to reduce the regional gastronomy to these delicacies.

In fact, Auverge has produced many great dishes just as appetising as those previously mentioned: cold meats, an Auvergne-style pork stew and clafoutis to name a few.

HALF TRUE – There is a common saying to describe inhabitants from Auvergne and their relationship with money: 'Their arms are too short and their pockets too deep'.

If this tended to be true, this is because the region used to be a poor and isolated, which made it hard for inhabitants to make ends meet. People therefore tended to save their money and now this kind of runs in families as tradition.