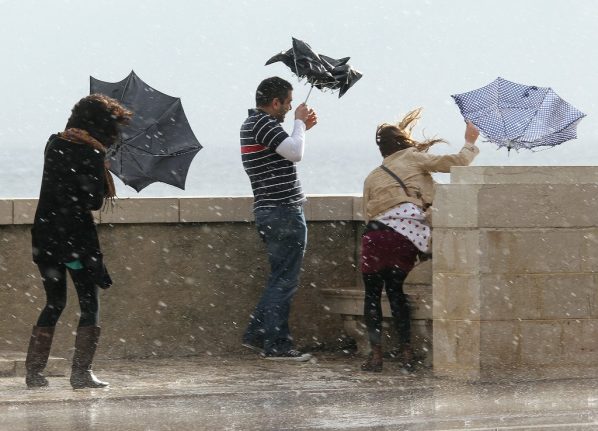 On Thursday the country's weather agency issued orange alerts – the second highest weather warning – for much of central France and parts of the Pyrenees in the south west with high winds forecast to lash the regions.

Météo France forecasters warned the public to expect winds of up to 120 km/h in these areas on Thursday evening and up to 150km/h on higher ground in the Pyrenees.

Members of the public are advised to stay indoors and not to travel unless absolutely necessary. They should be aware of the danger of falling objects and trees if they do go outside.

In addition an avalanche warning has also been issued for the department of Alpes-de-Haute Provence with snow expected on higher ground.