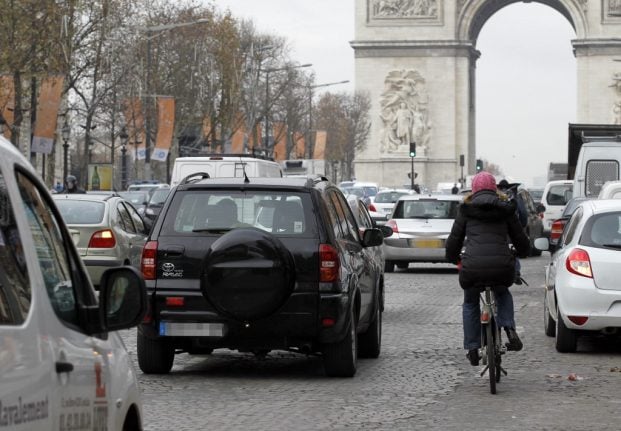 The incident happened in a small street just off the Champs-Elysées. Photo: AFP

A female driver has been arrested for allegedly stabbing two young female pedestrians in a row over them walking in the road.

The road rage attack happened after the pedestrians had insulted the driver and she told them off for walking in the road, according to French newspaper Le Parisien.

Dozens of people witnessed the incident, which happened in the 8th arrondissement, close to the Champs-Elysées.

Both girls were taken to hospital, one with serious chest injuries, the other with more minor injuries.

The woman, who was travelling with a young girl in her car, attempted to flee the scene but as they hit a red light 50 metres down the road a group of around 20 people trapped them and alerted the police.

The woman has been arrested on suspicion of attempted murder.