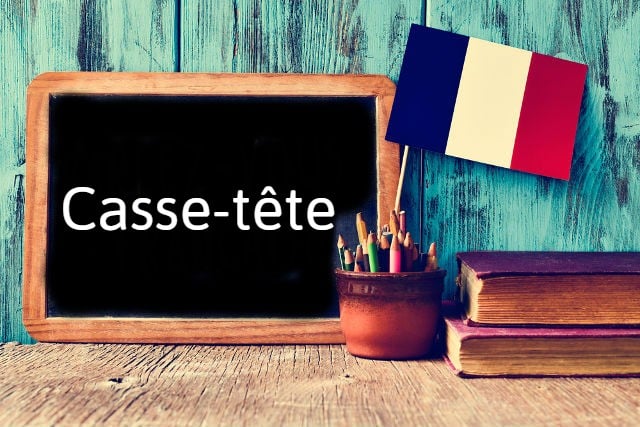 Why do I need to know casse-tête?

It's the ultimate way of describing a complicated situation.

Casse-tête can be roughly translated to ‘headache’ in English. Casser means ‘break’ and tête means ‘head’. It refers to the mental pain of struggling with a problem that is difficult to solve, like a very intricate maths task or a complicated puzzle (puzzle is in fact another possible way of translating casse-tête). You think so hard that your head breaks.

There’s a game known as casse-tête chinois, ‘Chinese puzzle’, in France, described by a French online dictionary as a ‘solitary patience game’. Casse-tête chinois certainly looks like something that would inflict a headache. It resembles a Rubik’s cube, made up by several wooden pieces that are supposed to be puzzled together to form a certain shape or pattern.

Fun-fact: Although it's called Chinese, the very first casse-tête game was actually made in Greece in the 3rd Century, according to the dictionary l’Internaute. The game did however become very popular in China during the 19th century.

How do I use the expression casse-tête?

You can also use it in a less literal sense to describe something that's a pain or a problem.

If you have to enter Paris by car during the strike, you can definitely say: Mais quelle situation casse-tête! – ‘What a headache!’

French media have used it several times to describe the strikes, like here in Le Parisien: