A vehicle purporting to belong to ISWAP seen in Baga, Nigeria, in August. Photo: Audu Marte/AFP
The four were among six hostages abducted and held by the jihadists in northeastern Nigeria, the Paris-based NGO said.
“The armed group responsible for the kidnapping of humanitarian workers on July 18 have murdered four hostages,” Action Against Hunger said in a statement on Friday that did not identify the victims.
Another of the hostages was killed in September.
The aid group said it was “extremely concerned and calls for the immediate release of its staff member, Grace, who remains in captivity”.
A decade-long Islamist insurgency has killed 35,000 people and displaced around two million from their homes in northeast Nigeria.
The violence has now spread to neighbouring Niger, Chad and Cameroon, prompting a regional military coalition to fight the insurgents.
The six hostages — an Action Against Hunger employee, two drivers and three health ministry personnel — were kidnapped while delivering humanitarian aid to vulnerable people in Borno State.
Their driver was killed in the ambush carried out by militants believed to be members of the Islamic State West Africa Province (ISWAP) group.
Aid workers targeted
ISWAP is a splinter group of Boko Haram that swore allegiance in 2016 to Abu Bakr al-Baghdadi, the leader of the Islamic State group who died in October during a US raid on his hideout in Syria.
It has repeatedly attacked military bases and previously targeted aid workers in northeast Nigeria.
“Action Against Hunger condemns these latest killings in the strongest terms and deeply regrets that its calls for the release of the hostages have not been acted upon,” the group said in its statement.
Shortly after the kidnapping, ISWAP released a video purporting to show the one female aid worker and five male colleagues who had been seized in an attack in the region.
The SITE intelligence group, which monitors Islamist extremist online activity, quoted Nigerian journalist Ahmad Saldika as saying the latest killings were the “result of a breakdown of talks with the Nigerian government.”
Saldika had also previously obtained a video of the September hostage killing, according to SITE.
On Thursday ISWAP insurgents killed 14 anti-jihadist militia and a police officer in northeast Nigeria, militia leaders told AFP Friday.
The militia was comprised of local hunters across the northeast along with the state funded Civilian Joint Task Force, an armed vigilante group.
Action Against Hunger said it is currently providing food assistance every month to approximately 300,000 people in northeast Nigeria, as well helping thousands more with life-saving health and nutrition services. 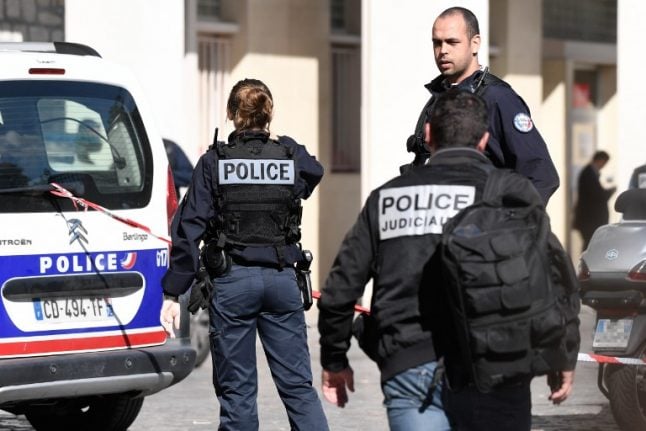 ISLAMISTS
Why the upcoming release of 40 radicalized inmates presents ‘a major risk’ to France
Url copied to clipboard!